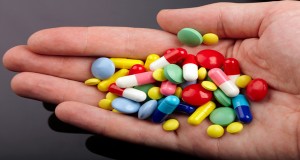 Ami Gadhia, senior policy counsel for Consumers Union, said, “Millions of Americans take dietary supplements regularly.  Many supplements may be safe and healthful, but there are numerous ingredients found in a variety of supplements that pose significant dangers to consumers.  This bill would mean stronger requirements for manufacturers to deliver safe products and better labels with more information for consumers.”

In a September 2012 cover story, Consumer Reports detailed a variety of risks and dangers associated with dietary supplements, such as supplements spiked with prescription drugs. Consumers may not realize they are putting themselves at risk, because they do not know that supplements are not evaluated for safety by the FDA, and because many supplement labels do not warn against potential dangers.

Of particular concern to Consumers Union is the blurred distinction between “dietary supplements” and “conventional foods,” which has allowed many food and beverage manufacturers to classify their products as “dietary supplements.” This lets companies avoid the more stringent safety standards for food additives. Consumers are unlikely to understand this distinction or its implications for safety.

The Dietary Supplement Labeling Act would address this problem by helping ensure that manufacturers no longer evade stricter safety requirements by simply re-categorizing their products.  The bill would also require companies to register their dietary supplement products with the FDA, and it directs the FDA to research dietary supplement ingredients that could potentially cause serious health problems, drug interactions, contraindications, or potential risks to subgroups such as children and pregnant or breastfeeding women. Any such severe hazards would have to appear as a warning on the dietary supplement label.