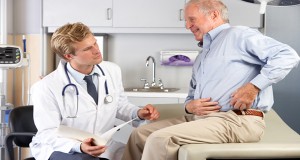 Warranties Will Ultimately Improve Safety and Quality of Implants

Consumers Union, the policy arm of Consumer Reports, is calling on the top manufacturers of hip and knee implants to provide warranties that would entitle patients to have defective devices replaced at no cost.

Consumers Union is pushing device makers to equip patients with warranties so they will have a better understanding of how long an implant is expected to last and a clear process to follow in the event that it fails prematurely.  Ultimately, warranties will encourage companies to make their devices safer and more durable, according to Consumers Union.

“Patients have a right to know how long medical device manufacturers are willing to stand by their products,” said Lisa McGiffert, director of Consumers Union’s Safe Patient Project (www.safepatientproject.org).  “While patients may be told by their surgeon how long a device can be expected to last, they rarely get a guarantee in writing since most hip and knee implants do not come with a warranty.”

Biomet is the only company that provides a warranty and it covers just one partial knee implant.  Consumers Union’s warranty campaign is being launched at a time when hip and knee replacement surgeries have become increasingly common.  In 2011, there were nearly 1.2 million of these surgeries in the U.S.  The demand for hip and knee replacement surgeries is expected to reach 4 million a year by 2030, and more than half of those patients will be under 65 years old.

A Consumers Union review of hip and knee implant recalls found that all major manufacturers have recalled a product or line of products for defects over the past decade.   These recalls underscore how devices can fail prematurely and harm patients.

Over 750,000 Americans got metal on metal hip implants during the past decade, which were supposed to last longer than devices made with ceramic and plastic.  But unusually high failure rates have been documented in metal hip implants in Australia, England, and Wales where devices are tracked through national registries.  The data from these countries showed that the failure rate of the Johnson & Johnson DePuy ASR XL metal hip implant was one in eight within five years.

Some patients have experienced debilitating symptoms from metal debris that flakes off the device over time, including cardiomyopathy and neurological problems.   Due to the significant problems experienced with metal on metal hip implants, the FDA has proposed that they be subject to a more rigorous review process.

Hundreds of knee implant components have been recalled since 2003, frequently because they were shipped with the wrong part, a wrong size part, a missing part, or a part built for the left side etched as a “right” (or vice versa).  These kinds of errors can have serious implications for patients and sometimes require additional surgery to correct.  Other knee components have been recalled because they simply weren’t manufactured to spec or started to fail once installed in patients.

Most hip and knee implants are allowed on the market without being reviewed for safety and effectiveness by the Food and Drug Administration (FDA).  Instead, under current law, the companies simply have to demonstrate that the devices are “substantially equivalent” to a product already being sold.  Since most new hip and knee implants are similar to ones already on the market, manufacturers are able to gain approval through the FDA’s fast track 510(k) clearance process without having to prove the device is safe and effective.

Consumers Union and other patient safety groups urged Congress to require more pre-market testing of devices like hip and knee implants during last year’s reauthorization of the Medical Device User Fee Act.  But those efforts were blocked by the politically powerful medical device industry.

“Medical device companies claim that current law provides adequate protection for patients and that their implants are dependable and safe,” said McGiffert.  “If that’s the case, they should have no objection to offering warranties to back up those claims.  Patients and taxpayers shouldn’t be on the hook for the cost of replacing devices when they fail.”

When implants turn out be defective, the cost for additional surgery and a replacement device is now largely paid by patients or their insurance companies, including Medicare.  Revision surgery costs more, results in longer hospital stays and can often lead to additional surgeries.  An estimated 18 percent of hip replacements and 8 percent of knee replacements in the U.S. are for revisions and the cost for these procedures is likely in the hundreds of millions of dollars per year.