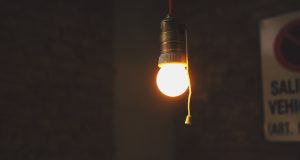 If you lower your electricity usage, your electric bill should go down, right?  Not under a new proposed rate increase by a Florida utility company.  Gulf Power, a subsidiary of Southern Company, recently asked a Florida utility commission to approve a massive rate increase on their customers. Alarmingly, the rate adjustment would increase bills the most for customers who use the least electricity, while letting the biggest energy users largely off the hook.

But Gulf Power customers aren’t having it, and showed up by the dozens to speak out at the Florida Public Service Commission hearings on the proposed rate increase.

Gulf Power is asking that the fixed charges on their customers increase a whopping 155%. Gulf Power’s fixed charges are already among the highest in the nation (in the top 3). But their new proposal, which would increase fixed charges from $18 to $48 would blow past the rates of all other utilities in the country we’ve seen so far.  This means that Gulf Power customers would owe $48 even  before they turned on a light switch.

Gulf Power’s plan is totally unfair for consumers. Not only is the rate increase unjustifiably high, but the way Gulf Power is doing it hurts their most vulnerable customers and will increase future costs as well.

Consider this – lower income households and households with fixed incomes (seniors), who tend to be more careful with their energy use, would see a massive 30% increase in their total electricity bill. While higher-income households, with generally larger homes and more energy use, would only see a 1% increase in their total electricity bill.  Forcing low-usage customers to heavily subsidize high users is unfair, inequitable and just plain wrong.

Indeed, anyone who strives to lower energy use would be negatively impacted by Gulf Power’s proposal. Gulf Power’s plan takes control away from consumers who are trying to conserve energy by turning off lights, lowering the thermostat, or investing in efficient appliances). This plan is solely designed to funnel money into Gulf Power’s coffers and drive up electricity use, but it’s the wrong approach.  Consumers Union will continue to fight against these unfair utility company maneuvers.