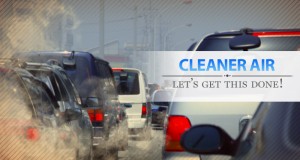 The Obama Administration is moving forward with plans to significantly boost the fuel efficiency of cars and trucks by 2025. Through the Corporate Average Fuel Economy (CAFE) program, automakers will be required to raise their fleet-wide fuel economy average by about 10 miles per gallon. For consumers, this means that the average efficiency for a car purchased in 2025 will about 36 miles per gallon.

This week, the government issued its Technical Assessment Review (TAR) – an analysis of the development and deployment of technologies necessary to meet the fuel economy standard, and current market conditions, to determine if the 2025 standards are still achievable in a cost-effective manner.

In issuing the TAR, the government agencies found that many of the technologies automakers can use to achieve the 2025 fuel economy are already being deployed and can be used across their fleet at similar, or lower, costs than the agencies estimated when the standards were first set in 2012. They found that:

Consumers Union has long advocated for increasing fuel efficiency as important for consumer savings and expanding consumer choice. A recent CU analysis found that consumers could save thousands of dollars in fuel costs over the life of a vehicle that met the 2025 standards, even at today’s  low gas prices. However, few forecasters expect oil prices to remain at these levels, so developing more fuel efficient vehicles means protection against future gas price shocks.

Increasing efficiency would also align with consumer demand. According to a June 2016 Consumers Union survey, strong majorities of Americans believe increasing fuel efficiency is important (84%) and that the government should continue to set standards for higher fuel economy in cars and trucks (70%). In fact, more than half of all Americans (53%) expect to have higher fuel economy with their next vehicle purchase, across nearly every type of vehicle. Another CU analysis also found a clear link between vehicles with higher fuel economy and increased owner satisfaction.

The findings in the technical report also rebut recent auto industry complaints that recent low gas prices and consumer buying habits make these standards too difficult to achieve. Car and truck buying trends do not impact automakers ability to comply with the standards because the standards are “footprint-based” — meaning that an automakers’ specific fuel economy target for its fleet will depend on the size and mix of vehicles it actually sells. Fuel economy targets are lower for SUVs and trucks, therefore fleets with a higher proportion of larger vehicles have lower targets to meet and automakers can still comply with the standards.