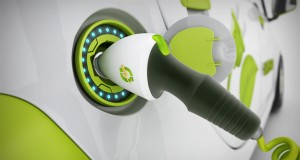 May 22, 2012 — YONKERS, NY — With fuel prices at near record levels, consumers are driving less and contemplating a move to smaller, more fuel-efficient vehicles, according to recent survey by Consumer Reports.

The survey found that 37 percent said their leading consideration when shopping for their next car will be fuel economy. A distant second was quality (17 percent) followed by safety (16 percent), value (14 percent) and performance (6 percent). “These results make it clear that high fuel prices are continuing to impact driver behavior and influencing future purchase considerations,” said Jeff Bartlett, Consumer Reports deputy auto editor. “While quality, safety and value are still important, this may be foreshadowing a market shift by folks seeking relief at the pump.”

Some two-thirds of owners surveyed said they expected their next vehicle to get better fuel mileage than the one they’re driving now. While gasoline costs (90 percent) were the number one reason cited for wanting a more fuel-efficient vehicle, more than half of respondents also had other reasons, including a desire to be more environmentally friendly (62 percent) and concern about dependence on foreign oil (56 percent).

Women disproportionately said they were motivated by the environmental benefit of better fuel economy (65 percent vs. 58 percent of men), more concerned about dependence on foreign oil (63 percent vs. 49 percent of men), and impacted by changes on the home front (38 percent vs. 31 percent). For more information regarding Consumer Reports’ fuel economy survey, helpful fuel economy tips and advice on selecting the most fuel-efficient car for your needs visit www.ConsumerReports.org/fuel.

The survey, conducted by the Consumer Reports National Research Center, found that car owners were open to different ways of saving at the pump, from downsizing to looking at hybrids, electric cars, or models with diesel engines. In all, nearly three quarters (73 percent) of participants said they would consider some type of alternatively fueled vehicle, with flex-fuel (which can run on E85 ethanol) and hybrid models leading the way. Younger buyers were more likely to consider an alternatively-fuel or purely electric vehicle than drivers over the age of 55.

Of those who said they plan to move to a different type, owners of large SUVs were the most open to downsizing, frequently planning to move to a smaller SUV. Small cars were the leading category targeted by survey respondents for their next vehicle, followed by larger sedans and midsized SUVs. Further illuminating a future market shift, larger sedans (18 percent) and minivans (7 percent) are on fewer participants’ radar relative to their current model.

With the federal government expected to finalize new fuel efficiency standards later this year that would require manufacturer’s average fuel economy to reach 54.5 miles-per-gallon by 2025, some 90 percent of respondents agreed or strongly agreed with the statements “Auto manufacturers should offer a greater variety of cleaner, more fuel-efficient vehicles in the near future.” Almost 80 percent felt the same about the statements “Fuel economy standards should require auto manufacturers to increase the overall fleet average to at least 55 miles per gallon,” (79%) and “I am willing to pay extra for a more fuel efficient vehicle if I can recover the additional cost through lower fuel costs” (81%).

“When gas prices are high, it’s always tempting to rush to trade-in for a more fuel-efficient car to save at the pump. But our research has shown that you’re often better off financially to stick it out with the vehicle you have if it’s less than three years old, because a new vehicle will cost you more in depreciation than you would save on gas” said Bartlett.

The Consumer Reports National Research Center conducted the random, nationwide telephone survey in two waves, April 5-7 and April 12-15, 2012, contacting 2,009 adults. The Center interviewed 1,702 adults in households that had at least one car.