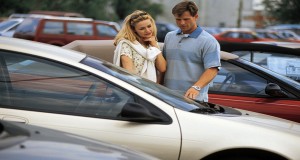 How does fuel economy impact owner satisfaction for cars, trucks and SUVs?

Researchers at Consumer Reports decided to look at this question closely to see if a link exists. This sort of analysis is complicated because there are a number of factors that can affect satisfaction levels. For example, having a number of mechanical issues might  lower overall satisfaction levels, even if a car is very efficient. And engine performance (horsepower) might  increase satisfaction, at the expense of fuel economy.

To do their analysis, the research team looked at Consumer Reports car test data determine fuel economy levels and then analyzed survey responses from approximately 1 million Consumer Report members who owned a tested vehicle. The analysis measured satisfaction based on the number of owners who said they would buy their car again.

To help validate the statistical analysis, the report also looked at satisfaction compared to the fuel economy as reported by owners of the same vehicle. This helped isolated any difference that might exist across different types of vehicles. Again, owners who experienced better fuel economy reported higher levels of satisfaction.

For example, for the 2014-2015 Hyundai Genesis, 45% of owners who reported achieving 15 MPG were satisfied with their car. Satisfaction jumps to 70% for owners report achieving 30 MPG. Similarly, owner satisfaction for 2014-2015 Ford Fusions ranged from 45% (achieving 15 MPG) to 70% (30 MPG). The increase in satisfaction tied to higher fuel economy was found among owners of all vehicle types – cars, SUVs, pickup truck and vans.

Demonstrating that car and truck buyers value fuel economy over other characteristics is an important finding for federal and state regulators to consider as they review  CAFE fuel economy requirements for model years 2022-2025.