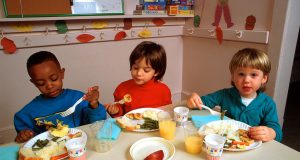 Consumers Union, the Consumer Federation of America (CFA), Kids In Danger (KID), and Public Citizen submit the following comments in response to the notice of proposed rulemaking issued by the U.S. Consumer Product Safety Commission (CPSC) regarding a new mandatory safety standard for booster seats. We support the proposed rule and urge the CPSC to finalize it.

Booster seats are a ubiquitous children’s product. They are used primarily for containing a child up to five years of age for feeding and eating, and are placed on an adult chair for elevating the child to the height of the dining table.

The CPSC’s notice of proposed rulemaking describes 867 incidents related to booster seats, including two fatalities and 146 nonfatal injuries, occurring between January 1, 2008, and September 30, 2016, and reported to the agency through various mechanisms. Based on available age information, the majority of the injuries involved children 18 months of age or younger.

The data show several scenarios and specific product attributes that have led to injuries. There also has been one consumer-level booster seat recall since January 1, 2008. The documented incidents requiring medical attention predominantly resulted from falls, which could have been caused by hazard patterns including product instability, an insufficient restraint system, and an insufficient attachment method.

In the notice of proposed rulemaking, the Commission proposes a mandatory safety standard for booster seats that incorporates by reference, without modification, the voluntary standard developed by ASTM International (ASTM F2640-17ε1), “Standard Consumer Safety Specification for Booster Seats.” Based on our consideration of the incident data and ASTM Subcommittee F15.16 proceedings, the voluntary standard ASTM F2640-17ε1 adequately addresses known and foreseen hazards, and should be adopted as a mandatory standard.