How clean is your air now?

The 2014 State of the Air report from the American Lung Association indicates overall that in California ozone levels were worse likely as a result of higher air temperatures, but year round particle pollution and short term particle pollution levels improved. 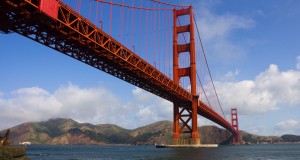 The American Lung Association has released the 2014 State of the Air Report, which ranks cities by air quality. The 2014 report includes air quality data from 2010-2012.

While many cities still fail to meet air quality standards there continues to be an overall decrease in unhealthy air levels. Even in those cities that slipped and where air was unhealthier in this report than in the 2013 report, their air quality is still better than it was a decade ago.

The American Lung Association has a Compare your Air tool, and a list of what you can do to help clean up the air.

Year round particle pollution decreased in 5 out of the 6 California cities on the list, and 3 of these 6 cities (labeled with an asterisk) reported their lowest ever year round particle pollution levels. Only Fresno-Madera reported higher year round particle pollution levels. This progress is attributed to less coal-fired power plant emissions and a transition to cleaner fuels and engines.All of the 6 California cities on this list had worse ozone levels in this report than the 2013 report except Sacramento-Roseville, which had equal ozone levels from last year. The increase in high ozone days is likely the result of increased temperatures in 2010 and 2012, which creates favorable conditions for the formation of ozone.