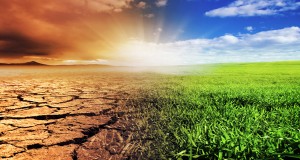 A recent study published by Next 10 evaluates 7 different policy paths California could take to meet the 2050 emissions reduction goals, and found that early, aggressive action yielded the greatest economic benefits, in addition to better employment opportunities and greater emissions reduction.

Different Greenhouse Gas reduction policies affecting employment, income, household consumption, price, and emission impacts were considered in terms of how soon or late action is taken and how gradual that action is. All of the seven possible combinations studied showed that California can meet the 2050 goal of emitting 80% below 1990 levels, and that all scenarios would benefit the state economy. This emissions goal will require California to cut emissions at more than twice the already impressive rate and require the state to change their transportation system to a fully electric one.

These actions will result in about one million more jobs and an increase in Gross State Product of $338 billion by 2050. A lower cap of 376 MMTCO2e for 2030 could also be adopted, but the 250 MMTCO2e cap will ultimately result in 14% greater emissions reductions.

California has the 7th largest economy in the world, and is also a world-leader in climate change policy. Acting early to meet the 2050 goals will help make the state an innovation hub for energy knowledge and technology while serving as an example for the world and strengthening their economy.