Consumers Union: Dominion’s energy plan must be fair and affordable for Virginians 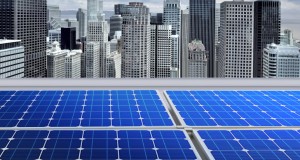 On behalf of Consumers Union, the policy and mobilization arm of Consumer Reports, we offer the following comments on Dominion’s 2016 IRP filing.  It is our hope that these comments help shape IRP filings to serve the best interests of Virginia customers.

One of our goals at Consumers Union is to ensure that the needs of electric consumers in the residential sector are met at the lowest possible cost, while also protecting against medium and longer-term economic, consumer and environmental harm, including the risks and costs from price spikes, pollution, and climate change.

With this goal in mind, Consumers Union does not believe Dominion’s 2016 IRP meets the standard of ensuring the lowest possible cost for its customers. Instead it presents an unrealistically high-cost approach to comply with a Clean Power Plan that several analyses, such as those from Georgia Tech, show can be met, and even exceeded, at far lower cost to consumers.  Here are the three primary areas of improvement we hope the Commission will address for all future IRP filings from Dominion.

First, the 2016 IRP nearly eliminates the consideration of energy efficiency as the lowest-cost means of complying with the Clean Power Plan.  Because it limited modeled efficiency to the very small group of approved or pending energy efficiency programs, it is impossible for the Commission to determine whether additional energy efficiency programs might be the lowest-cost resource for meeting electricity needs and complying with the Clean Power Plan, as has already been shown and achieved in other states.  Thus, we ask the Commission to require the additional modeling of greater levels of efficiency at a predetermined cost that is the same as or less than that of any proposed new generation.

Second, the 2016 IRP appears to intentionally exclude and gloss over lower-cost imports of cheaper and cleaner power from out of state.  Dominion proposes to eventually become a net exporter of energy in its 2016 IRP, a fundamental shift in Virginia that deserves a high degree of scrutiny from the Commission.  PJM currently offers extremely low cost energy and capacity resources, and is indeed even possibly over-supplied with generation.  Virginia should continue to avail itself of those resources, rather than add additional excess generation paid for by Dominion’s captive customers. Dominion’s rationale for becoming a net exporter (the “uncertainty” of the Clean Power Plan) does not square with the facts.  Contrary to Dominion’s assertion, PJM’s forecasts show there will continue to be excess generation across PJM even after taking compliance with the Clean Power Plan into account. Thus we urge the Commission to require Dominion to eliminate arbitrary restrictions on energy imports in future IRP filings.

Third, Dominion’s unjustifiably stratospheric “integration cost” of solar is entirely unreasonable and appears to cast a unnaturally favorable light on the addition of natural gas generation. The Commission should require, per SCC staff’s suggestion, that Dominion model solar resources without an arbitrary and unreasonable “integration” cost and with the latest solar cost estimates, so that Virginia does not miss the opportunity to deploy this cost-effective resource that is rapidly dropping in price and has already been added in other states and regions well beyond the modest amounts proposed by Dominion.

As part of our outreach with Virginia ratepayers, Consumers Union conducted a survey of Virginians to gauge their awareness of and support for several important issues that come before the Commission in the area of electricity.  The responses underscore the recommendations above, and highlights include:

As part of its written comments, Consumers Union also submitted a petition asking for Dominion to develop integrated resource plans that are more affordable for Virginians, signed by 1,579 Dominion customers.

In conclusion, we urge the Commission to require changes to Dominion’s IRP in order for it to better serve the needs of Virginians.  Thank you for your attention to this important matter.