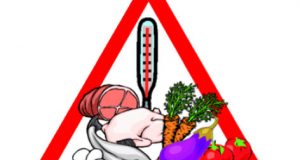 Consumers Union, the policy and mobilization arm of Consumer Reports, writes regarding the critical role of Under Secretary for Research, Education, and Economics at the U.S. Department of Agriculture (USDA). This high-ranking position oversees important scientific work that supports Department actions, including efforts to make the food marketplace safer, more sustainable, and more transparent for consumers. In light of recent media reports about the expected nominee for this position,[1] we urge you to insist that any nominee for this role possess exemplary technical qualifications and appropriate experience in the field of agricultural science.

Congress previously has made clear that it expects a qualified scientist to fill the Under Secretary position. While the role was established in 1994,[2] the Food, Conservation, and Energy Act of 2008 (“2008 Farm Bill”) clarified the function of the Under Secretary to emphasize the scientific nature of the role. In addition to designating the Under Secretary as the Chief Scientist of the Agriculture Department, Section 7511 of the 2008 Farm Bill explicitly stated that the Under Secretary shall be appointed by the President, with the consent of the Senate, “from among distinguished scientists with specialized or significant experience in agricultural research, education, and economics.”[3]

In previous administrations, under both Republican and Democratic leadership, each of the five previous confirmed Under Secretaries for Research, Education, and Economics has held a master’s degree and doctorate in the natural sciences. For example, Dr. Joseph Jen, who held the position during the Bush Administration, is a widely-cited food scientist with degrees in food science and comparative biochemistry. Dr. Catherine Woteki, the Under Secretary for the majority of the Obama administration, used her background in human nutrition to handle a wide variety of issues, including work to contain Ebola and Zika virus outbreaks. Dr. Woteki affirms that scientific experience is a prerequisite for the position, as the Under Secretary must be someone who “evaluates the scientific body of evidence and moves appropriately from there.”[4] Since its launch in 2010, the Office of the Chief Scientist—directed by the Under Secretary—has worked to establish a USDA-wide scientific integrity policy, driven numerous international agricultural efforts, and advised the Department on a wide variety of pressing matters affecting agriculture, including issues surrounding water resources and climate change.

In addition to being the Chief Scientist of the Department, the Under Secretary provides leadership and oversight of several USDA agencies.[5] Among other responsibilities, these agencies fund research to make American agricultural practices safer, more efficient, and more economically viable. Accordingly, a well-qualified Under Secretary protects the interests of food consumers and agricultural producers alike. We believe that someone with a background primarily in politics, rather than an accomplished agricultural scientist, would lack the qualities needed in this position to monitor and address sufficiently the complex consumer issues pertaining to agriculture. Considering the immense importance of food safety and agricultural research for virtually all consumers and all Americans, we strongly urge the selection of a USDA Under Secretary for Research, Education, and Economics with appropriate qualifications in the natural sciences.

cc:  Members of the U.S. Senate Committee on Agriculture, Nutrition, and Forestry

[4] “Trump’s Expected Pick for Top USDA Scientist is Not a Scientist,” ProPublica (May 12, 2017) (online at: www.propublica.org/article/trumps-expected-pick-for-top-usda-scientist-is-not-a-scientist).