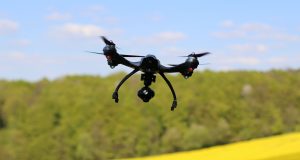 We are concerned about the potential for drones with product defects to create a substantial risk of injury to the public—including if drones were to stall and drop out of the sky or if a drone battery were to catch fire—and the regulatory gap that would allow this potential risk to continue unabated. We urge you to require stronger federal oversight of drones’ safety.

Consumer drone sales in the U.S. more than doubled from 1.1 million units in 2015 to 2.4 million units in 2016, and industry observers expect the market to continue expanding over the next several years. Consumer Reports has covered issues related to drones and tested various models so that consumers can have comparative information about them. During the current holiday season—and throughout the year—it is important for shoppers to know that products in the marketplace are safe.

Unfortunately, in the case of drones, consumers do not have that assurance. When a GoPro drone model was found to contain a safety defect in November 2016, no federal agency—neither the Federal Aviation Administration (FAA) nor the Consumer Product Safety Commission (CPSC)—wielded oversight of the recall. As Consumer Reports noted at the time, the CPSC lacks jurisdiction over drones due to a statutory carve-out for aircraft, even though many of these systems are marketed and purchased in a manner similar to toys and other consumer products. The FAA has authority over how drones are flown, and has set standards for when small unmanned aircraft must be registered, but does not have policies and procedures with respect to product safety and declined to meaningfully engage on the GoPro defect.

In 2016, GoPro did the right thing: it voluntarily took its products off the market and publicized the recall. But there is no guarantee that other companies will follow its lead, and it is not clear that any government agency would take action to remove dangerous products from the marketplace in the event of a future defect. A lack of protections and clear regulatory authority leaves consumers at risk of being hurt or killed by defective drones.

The CPSC is well positioned to oversee the safety of consumer drones as produced and distributed in commerce while the FAA handles their in-use operation. Ultimately, federal law should reflect this division of oversight. However, unless and until the CPSC gains jurisdiction over consumer aircraft, the FAA should make sure that drones are built to be safe. We urge the Subcommittee to clarify without delay that the FAA has this responsibility.