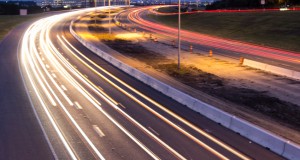 Technologies like electronic stability control and automatic emergency braking already have saved thousands of lives. Self-driving cars could soon follow suit: they have enormous potential to save lives by significantly reducing crashes from driver error while enhancing mobility for millions of Americans nationwide. Members should follow a smart, safe path in realizing this promise—one that would both protect consumer safety and ensure trust in the technology.

Parts of H.R. 3388 / the SELF DRIVE Act have the potential to protect consumers from harm and inform them about new technologies. Through these provisions, the bill:

However, other portions of the SELF DRIVE Act fail to adequately protect consumers and do not do enough to guarantee that self-driving cars actually improve safety. To address these deficiencies, members should:

As Congress continues its work on automated vehicles, members have the chance to pave the way to a positive future—or leave self-driving cars at risk of safety crises that could set the technology back. We strongly urge members to take a smart, safe approach to the development of self-driving cars.