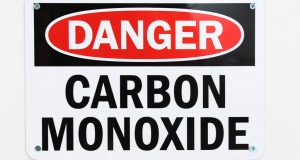 Consumer Reports, an independent, nonprofit organization that works side by side with consumers to create a fairer, safer, and healthier world, writes regarding the draft voluntary standard proposed by the Portable Generator Manufacturers’ Association (PGMA) for recognition by the American National Standards Institute (ANSI). This draft adds important provisions for the performance and safety of portable generators, including steps to help reduce carbon monoxide poisoning deaths and injuries, but it also has significant shortcomings. While we recognize the progress that already has been made, and we would not want to let the perfect be the enemy of the good, we urge PGMA to expeditiously make key changes to the standard that would improve its ability to adequately reduce the risk of injury.

As a participant in the canvass review of this draft standard, Consumer Reports has elected to submit comments, but to abstain from voting either affirmative or negative. This vote to abstain reflects several conclusions we have reached based on available evidence. One is that the proposed revisions to the standard generally would improve the quality and safety of new portable generators that consumers buy and use. Unlike the existing version of the standard, portions of the new draft seek, in a meaningful way, to address the risk of carbon monoxide poisoning to consumers. At the same time, our vote to abstain also reflects that there are aspects of the standard that do not adequately account for consumer safety—top of which is the current language recommending a minimum distance for portable generator placement of only five feet. In addition, PGMA should commit to robustly monitor the standard’s effectiveness and to review the standard for necessary updates not less than 12 months after its effective date.