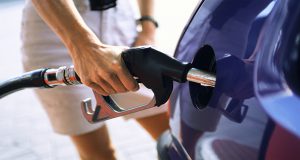 This project identifies the prevalence of themes in unique ads for light-duty vehicles released in the United States in 2005, 2012, 2015, and 2017. These years were selected to maximize variation in national economic conditions and fuel prices. A team of researchers reviewed stratified random samples of 513 and 627 ads derived from a larger population of unique ads provided by a media monitoring company.1 The project is important because there has been little systematic analysis of the messages that auto ads in the United States convey to consumers, despite the fact that auto advertising is a multi-billion dollar industry.

See also: Consumer Reports Fact Sheet: What are Automakers Trying to Sell? Fuel Economy and Safety Take a Back Seat