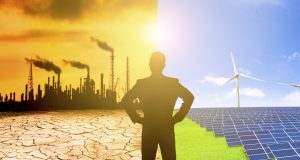 The signers, including the mayor of Worcester, Massachustts; the head of the Institute for Environment and Society at Brown University; the Vice President of  Independence Solar and the owner of Maine’s Austin Street Brewery sent a letter to the governors asking them to “deliver clean air and a safe, healthy climate for us all.” Specifically, the letter calls for governors to “double the strength of the Regional Greenhouse Gas Initiative” to head off the worst effects of climate change.

“We’re on the right track, but we need to do much more,” said Anna Aurilio, Washington DC Director for Environment America Research & Policy Center. “From Maryland to Maine, we can make America’s best regional climate and clean air program twice as effective.”

Over the last decade, the program helped cut emissions from power plants in half. In addition to cutting climate pollution, the RGGI program has created significant benefits for the region, including:

The way RGGI creates these benefits is ingenious: it’s a system that ratchets down emissions each year and makes polluters pay to pollute. That revenue—more than $2.5 billion to date—is then invested in clean energy and energy efficiency, which has led to healthier communities and thriving economies.

“Thanks to RGGI, our business cut pollution and helped institutions around the Commonwealth save money on energy,” said John Rizzo, CEO of ADI Energy in Rhode Island. “But we can’t do it alone. By doubling down on this program across the region, we can make a significant impact.”

Over the next few months, officials from the nine participating states will evaluate options for improving the program as part of a review process established when the program was launched.

The letter also notes that the need to reduce pollution to protect our climate is only growing more urgent. In January, NASA announced that 2016 was the hottest year on record for our planet, breaking records last set in 2015 and 2014.

“Our region and state has seen significant health benefits from this program, and we should seize this opportunity to deliver additional benefits,” said Dr. Larysa Dyrszka, a pediatrician, Physicians for Social Responsibility NY board member, and founding member of Concerned Health Professionals of New York.

On average, power plant pollution in the region have been falling by almost 5 percent per year since 2005. In 2016, pollution went down by 4.8 percent.

The coalition is calling on the governors to keep up that pace by lowering the limit on pollution by 5 percent per year through 2030 and address loopholes that undermine the program. That would double the strength of the cap, which currently requires emissions cuts of 2.5 percent per year.

“Here in Massachusetts, we are on the frontlines of dealing with drought, coastal flooding, and other harmful effects of climate change,” said Massachusetts State Senator Jason Lewis. “On behalf of my constituents, I urge the governors across our region of the country to act on climate with programs like RGGI to prevent the worst impacts of climate change.”

“The good news is that these nine states have been leading the charge to protect our health and environment and shift to clean energy,” said Anna Aurilio. “Now it’s time to build on that success and make America’s best regional climate program twice as good.”