Questions and Answers about Sequestration 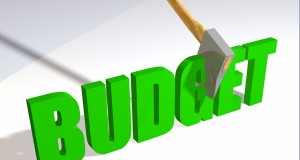 Questions and Answers about Sequestration

Congress could not reach agreement to stop the severe spending cuts, also known as the sequester, from kicking in on March 1st. Instead of coming up with a balanced, long-term budget plan that doesn’t unfairly burden ordinary consumers, draconian and automatic spending cuts totaling more than $85 billion will now have to be put in place this fiscal year, which ends October 1st. The full impact of the cuts may take several weeks, if not months, to be felt. The cuts are split evenly between defense and domestic programs. Still, Congress and the Administration can step in at any time and undo the damage.

Here are some frequently asked questions and answers about sequestration:

How will these spending cuts affect Medicaid, Medicare and implementation of health reform?

While the sequester will not affect the Medicaid program for low-income Americans, Medicare spending willbe cut by 2 percent through reductions in payments to hospitals, physicians and other care providers. According to law, these Medicare cuts will kick in starting April 1st. Federal employees involved in implementing health reform will be required to take leave without pay which could slow down health reform. Still other healthcare programs are facing significant cuts because of sequestration. For instance, federal funds that go towards community health centers will face reductions as will research dollars that help the National Institutes of Health conduct medical research into cancer and childhood diseases.

What will happen to the government’s safety programs?

The budget cuts could hurt the government’s safety programs in a variety of ways. The Federal Aviation Administration may be forced to reduce the number of air traffic controllers likely leading to delayed and cancelled flights. The Department of Agriculture may have to furlough meat inspectors, causing temporary shutdowns of slaughterhouses. The Food and Drug Administration may be unable to increase inspections of food processors and farms, leaving the nation vulnerable to more deadly disease outbreaks caused by contaminated spinach, peanut butter and cantaloupes. The National Highway and Traffic Safety Administration’s oversight of autos and highway safety and the Consumer Product Safety Commission policing of toys and appliance safety may be weakened.

What will happen to our nation’s schools and education?

Federal support that goes towards education grants to States and local school districts supporting smaller classes, afterschool programs, and children with disabilities could be reduced under the terms of the sequester.

Will our environment be impacted?

The Environmental Protection Agency’s ability to protect the water we drink and the air we breathe could be degraded. The federal government could also have to reduce spending on new clean technology projects and would have less money to maintain our national parks.

What will happen to Social Security?

Social Security is specifically protected from cuts under sequestration. This means that retirement, survivor and disability benefits will continue to be distributed. Some have warned, however, that federal employee disruptions at the Social Security Administration caused by the cuts could reduce service to the public.

What about the oversight of the financial marketplace? Will that be impacted by these cuts?

The sequester could slow down oversight of banks and Wall Street because it requires automatic cuts to the budgets of such regulators as the Securities and Exchange Commission (SEC) and the Commodity Futures Trading Commission (CFTC). According to the Office of Management and Budget (OMB), the Consumer Financial Protection Bureau (CFPB) — despite not having its budget set by Congress like the SEC and CFTC — could also face a budget cut of around 8 percent. However, the Federal Reserve, the Federal Deposit Insurance Corporation and the Office of the Currency are exempt from the sequester.

What federal spending should be reduced?

Rather than triggering automatic, across-the-board spending cuts that could unduly impact the health, safety and security of millions of Americans, Consumers Union believes Congress and the Administration should come together to find a balanced approach to solve our long-term budget problems. There are plenty of places for the government to cut spending. For instance, wasteful programs that don’t work can and should be eliminated and special interest tax loopholes and tax breaks, such as those given to the oil industry, could be curtailed.