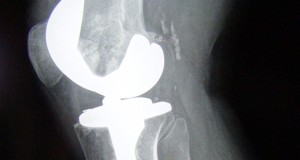 Johnson & Johnson announced today that it has reached a multi-billion dollar settlement for victims of the company’s flawed all metal hip implant.  The problems patients have experienced with the device demonstrate the need for stricter implant safety testing and show why medical implant makers should provide warranties to back their products in the event of failure, according to Consumers Union, the policy division of Consumer Reports.

“The horrendous injuries suffered by tens of thousands of metal hip implant patients are a terrible reminder of how current oversight of the medical device industry fails to protect the public,” said Lisa McGiffert, manager of Consumers Union’s Safe Patient Project (http://www.safepatientproject.org).   “Patients shouldn’t serve as unwitting experimental subjects for medical implants that haven’t been thoroughly tested by industry for safety and effectiveness.  We need to require stricter safety testing of all implants before they are allowed on the market.  And medical device makers should stand by their products by providing a warranty to patients.”

Earlier this year, Consumers Union called on the top manufacturers of hip and knee implants to provide a 20 year warranty to patients.  Consumers Union has developed standards for a fair warranty that would cover the full cost of replacing a flawed device, including the device, surgeon and hospital costs as well as related patient out-of-pocket costs.  Under Consumers Union’s proposed warranty, patients would retain the right to sue the manufacturer to recover other damages.

Consumers Union is pushing device makers to equip patients with warranties to give them a better understanding of how long an implant is expected to last and a clear process to follow in the event that it fails prematurely.  Ultimately, warranties will encourage companies to make their devices safer and more durable, according to Consumers Union.

Most hip and knee implants are allowed on the market without being reviewed for safety and effectiveness by the Food and Drug Administration (FDA).  Instead, under current law, the companies simply have to demonstrate that the devices are “substantially equivalent” to a product already being sold.  Since most new hip and knee implants are similar to ones already on the market, manufacturers are able to gain approval through the FDA’s fast track 510(k) clearance process without having to prove the device is safe and effective.

Consumers Union and other patient safety groups urged Congress to require more pre-market testing of devices like hip and knee implants during last year’s reauthorization of the Medical Device User Fee Act.  But those efforts were blocked by the politically powerful medical device industry.

Over 750,000 Americans got metal on metal hip implants during the past decade, which were supposed to last longer than devices made with a combination of ceramic, metal and plastic.  But unusually high failure rates have been documented in metal hip implants in Australia, England, and Wales where devices are tracked through national registries.  The data from these countries showed that one in eight of the Johnson & Johnson DePuy ASR XL metal hip implants failed within five years.

Some patients have experienced debilitating symptoms from metal debris that flakes off the device over time, including cardiomyopathy and neurological problems.   Due to the significant problems experienced with metal on metal hip implants, the FDA has proposed that they be subject to a more rigorous review process but has yet to finalize this policy, thus keeping the door open for fast track review of future metal hip implants.  Consumers Union has urged the FDA to finalize this requirement as soon as possible.

Further, the FDA should be doing more to inform the hundreds of thousands of people who have metal hips of the steps they should take to regularly monitor the way the device may be affecting their health, according to Consumers Union.  The agency has information on its website but many people with implants are unaware of the danger the devices could pose to their health.

“The FDA advises surgeons to follow up with their patients – whether symptomatic or asymptomatic – every one to two years for the long term and the FDA should regularly remind the public to do so,” said McGiffert.