New Report: Consumers to Save Big with 2025 Fuel Economy Standards 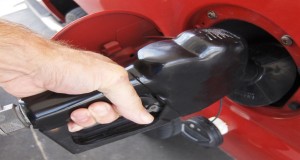 WASHINGTON, D.C. – Thanks to fuel economy standards, consumers buying a model year 2025 car or truck can expect thousands of dollars of savings over the life their vehicle, according to a new analysis by Consumers Union, the policy and advocacy division of Consumer Reports. The report finds that consumers’ average net savings is approximately $3,200 per car and $4,800 per truck, if the current Corporate Average Fuel Economy (CAFE) standards for years 2022-2025 remain in place. If gas prices rise from today’s historically low levels, the savings would rise to $5,700 per car and $8,200 per truck.

“By meeting the CAFE standards for 2025, automakers will help save consumers money on operating costs and protect against future gas price shocks,” said Shannon Baker-Branstetter, Energy Policy Counsel for Consumers Union. “Unfortunately, we are seeing some automakers and auto industry trade groups launch an effort to weaken these reasonable and achievable standards.”

The Environmental Protection Agency (EPA) and the National Highway Traffic Safety Administration (NHTSA) are currently reviewing the fuel economy standards for years 2022-2025 to determine whether to alter the standards in any way. As part of their review, officials in July released a study of market conditions and technologies available to meet the standards. This new CU report incorporates data from that Technical Assessment Report (TAR) and is an update from an earlier CU analysis issued in May. The federal report also found that:

This report follows a recent CU survey published in June that found strong consumer demand for more fuel efficient vehicles. Over 80% of respondents believe increasing fuel economy is important and a strong majority (70%) believes government should continue to set the standards for higher efficiency. More than half of all Americans expect higher fuel efficiency in their next vehicle purchase.

“Despite low gas prices, automakers are already beating today’s fuel economy standards and the government’s analysis illustrates that automakers have the ability to meet the 2022-2025 standards,” said Baker-Branstetter. “Our analysis shows that meeting the standards is not only possible, but doing so means more money in consumers’ pockets.”

This report bases the costs of complying with 2025 CAFE standards on assumed incremental technology costs for new vehicles, as estimated by NHTSA and the EPA using automaker data, along with associated insurance and maintenance costs. Fuel savings are based on an analysis of estimates for miles driven using future gasoline prices from the Energy Information Administration.

A full copy of the report is available online at http://consumersunion.org/research/fueling-savings-report/