WASHINGTON, D.C. — Several states are taxing electric vehicle drivers at rates much higher than the average driver pays in gas taxes, but a new analysis by Consumer Reports finds this approach is both an ineffective way to make up for highway fund shortfalls, and punishes drivers for choosing a zero-emission alternative to traditional gas-burning vehicles.

“People should be allowed to choose a vehicle that is safe, reliable and better for the environment without being punished,” says Shannon Baker-Branstetter, CR’s manager of cars and energy policy, and a co-author of the study.

“We hope politicians see our analysis and realize that punitive taxes on electric vehicle drivers are not only a poor way to make up for road maintenance shortfalls, but are also really unfair to the average family trying to save money by going gas-free,” adds Baker-Branstetter.

Electric vehicle taxes are often justified as a substitute for the gas taxes paid by drivers of gas-burning vehicles. However, Consumer Reports found that, by 2025, 18 states will be taxing owners of electric cars, trucks and SUVs more than the average owner of a new gas-powered car will be paying in gas taxes. An additional 8 states are actively considering proposals to add punitive EV fees as well.

“We are seeing a sudden, dramatic increase in fees that are especially unfair,” says Chris Harto, a Senior Policy Analyst and co-author of the study. “Some of these fees could force some consumers to pay triple or even quadruple what the owner of a gas-powered vehicle pays in gas taxes.”

“These special fees don’t make a dent when it comes to funding road repair, and these punitive policies could instead discourage people from purchasing a fuel-efficient or gas-free car in the first place,” says Baker-Branstetter.

Electric vehicles can save drivers money on maintenance and fueling costs, and do not emit smog-producing tailpipe emissions. A recent survey by Consumer Reports found that 63 percent of prospective car buyers in the U.S. are interested in electric vehicles, which currently make up about 2 percent of new car sales in the U.S. today.

The entire report about Electric Vehicle (EV) fees, in addition to infographics about EV fees in different states, is available for download as a PDF at the top of this page. 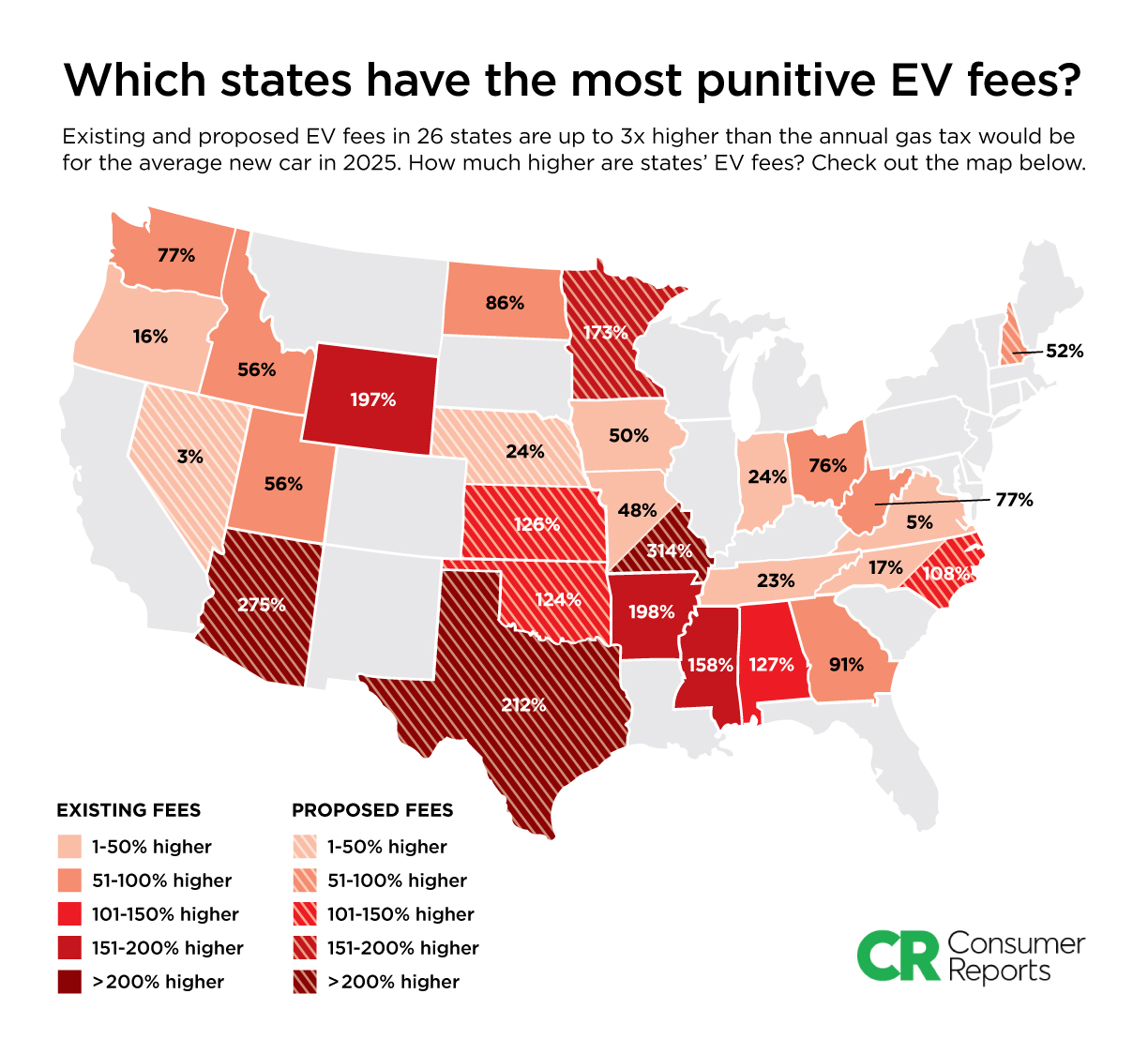