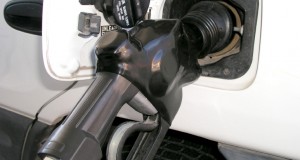 Consumers Union, the policy and advocacy division of Consumer Reports, applauded the agency’s move as an important step forward in efforts to improve air quality and limit vehicle pollution.

Shannon Baker-Branstetter, policy counsel for Consumers Union, said, “Vehicles have gotten cleaner over the years, but unfortunately too many Americans still struggle with health issues like asthma and respiratory problems that come from breathing in air heavy with smog and other pollutants.  These standards are expected to be highly cost-effective in cleaning up gasoline and tailpipe emissions. These minimal costs will be largely outweighed by the savings that come from the huge health benefits we get from cleaner air. In addition, lower sulfur gasoline will allow automakers to choose from more efficient technologies that can improve both emissions and fuel economy at a lower cost. We are pleased to see cleaner gasoline and tailpipe rules moving forward and urge regulators to work efficiently to finalize and implement them.”