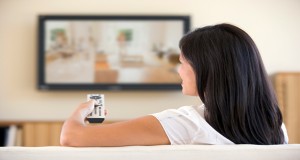 WASHINGTON – Consumers Union, the policy and advocacy division of Consumer Reports, today sent letters to regulators urging them to take a hard look at the deal between Comcast and Netflix announced this week. Netflix agreed to pay Comcast to ensure that its movies and TV shows stream more quickly after reports that millions of Comcast customers trying to access Netflix faced severely slowed streaming speeds.

“We believe it raises serious concerns about the clout of Comcast, its ability to affect the prices and quality of service it offers consumers, and the alarming precedent it sets for the entire marketplace,” Delara Derakhshani, policy counsel for Consumers Union, writes concerning the Netflix deal.

Recently, millions of consumers who access Netflix through Comcast experienced degraded service. According to news reports, Netflix delivery speeds to Comcast subscribers declined by more than 25 percent, and involved many service interruptions and streaming delays for Netflix customers.

Derakhshani writes to Chairman Wheeler, “We are concerned that many Comcast customers who experienced problems with Netflix content sought faster and more expensive services from Comcast to alleviate the problems. Comcast failed to disclose what was transpiring and, for this reason, may have violated the Open Internet Order’s transparency requirements about network management practices.”

The consumer group urged the Department of Justice to look closer at the diminished speeds. At the time it acquired NBC Universal, Comcast agreed to conditions that barred the Internet service provider from engaging in any methods that would hinder or prevent content providers from being able to deliver content to consumers.

“If Comcast selectively degraded service, that would appear to violate these conditions… We urge the Department to investigate whether these matters violate its consent decree with Comcast and take appropriate action to ensure that consumers don’t wind up bearing an unfair burden,” said Derakhshani.