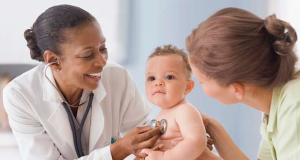 “The rates announced by Covered California today represent relatively modest premium increases and some consumers will actually see their rates go down,” said Betsy Imholz, Special Projects Director, at Consumers Union. “Compared with previous decades of huge increases, this is a victory for consumers.  It shows that the Affordable Care Act and Covered California’s negotiating efforts are fostering competition and tempering health insurance premiums.”

The state’s health plan and insurance regulators, the Department of Managed Healthcare and Department of Insurance, now will subject these rate requests to another layer of review and could press for further reductions if they find any of the increase requests unjustified.  Consumers also have 60 days, through October 1, to submit comments to the regulators.   For more information, see Consumers Union’s guide to ratemaking and the ratemaking process

Unlike most state exchanges, California’s Exchange, operating as an “active purchaser,” negotiated with plans over the past two months over the rates proposed.  In addition to negotiation, other factors that contributed to reining in rates include the Exchange’s extraordinarily high enrollment for 2014— roughly 1.4 million enrollees—which exceeded all expectations, and a healthier than expected risk mix. And, unlike some states, California required all individual market plans to come into compliance with the new rules for comprehensive coverage, which meant non-compliant plans were terminated, likely bringing healthier individuals in those plans into Covered California.

“While we are very pleased with these rate proposals, health insurance without any subsidy is still a big ticket item for most consumers,” said Imholz.  Luckily, many Covered California enrollees will pay less for health insurance by getting financial help through federal subsidies that reduce their monthly premiums and other out-of-pocket costs.”  Nearly 90% of California enrollees in 2014 received federal financial assistance, which is only available to those who purchase coverage through Covered California.

The proposed rates announced today, once finalized, will affect:

There are currently roughly 4 million consumers in California without employer-sponsored coverage who purchase policies on their own.