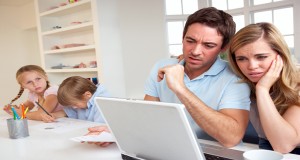 Consumer Reports HealthLawHelper.org Cuts Through Opinions to Provide Consumers with the Unbiased Facts They Need to Make Decisions About Their Health Insurance Needs for 2014

YONKERS, NY —  One month after the start of open enrollment in the new Health Insurance Marketplaces created by the Affordable Care Act,  a new survey conducted by the Consumer Reports National Research Center shows that many American consumers now feel more confused about the law, the insurance marketplaces and how the ACA  will impact them.

The nationally representative survey asked consumers whether they felt better or less informed about the law over the last month. Participants were also asked to identify whether statements describing elements of the law were true or false.

Key findings of the Consumer Reports survey of Americans’ understanding of the new health law include:

·         Less understanding of the law. Overall, 38% of respondents indicated they felt LESS informed over the course of the past month.

·         Incorrect beliefs about features of the law. Nearly half (48%) thought the ACA established a government-run health plan. Thirty-six percent thought the new law allowed the government  to control their selection of doctors ,and 30 percent believed the law set up government panels that would dictate decisions about end-of-life care.  In contrast, one-quarter or less of respondents correctly identified these as false statements.

“The American health insurance system has long been the world’s most complicated, and now consumers are being asked to understand an entirely new set of rules and procedures in addition,” said Nancy Metcalf, who covers health insurance and the new health law as a Consumer Reports senior editor. “No wonder they feel confused and unsure where to turn for reliable information. But with open enrollment underway and HealthCare.gov working more smoothly, consumers need help so they don’t miss out on getting the right coverage for themselves and their families.”

Consumers who need coverage in place by Jan. 1 must enroll by Dec. 23. Open enrollment runs through March 31, 2014.

Consumer Reports has designed a FREE, new online tool called www.HealthLawHelper.org to cut through the clutter and confusion and deliver personalized, tailored results for consumers about how the Affordable Care Act affects them, no matter what their insurance status, including those whose plans were recently cancelled because they don’t meet the new law’s requirements. By answering a few simple, anonymous questions (age, insurance status, family size, income etc), consumers will receive a results page outlining the different options available to them and any next steps they may need to take, based on the information they provide.

HealthLawHelper.org will also alert users not only to possible financial help in paying for private health insurance, but will also tell them if they or any family members might qualify for other programs such as Medicaid or CHIP.

The tool is also available in Spanish at www.AseguraTuSalud.org and has been optimized for mobile devices.

Metcalf is also blogging on a new topic related to Obamacare every day. All this content can be found at http://www.ConsumerReports.org/cro/health/insurance/health-care-countdown/index.htm.

The Consumer Reports National Research Center’s national representative telephone survey about consumer understanding of the Affordable Care Act between November 8-10, 2013 included 1,000 U.S. residents (18 and older) and was fielded by vendor ORC International.  Respondents, who were screened to meet national demographics, were asked their understanding of the provisions of the 2010 ACA one month following its rollout in October of 2013.  The margin of error is + / – 3.0 percentage points at the 95 percent confidence level.

Consumer Reports is the world’s largest independent product-testing organization. Using its more than 50 labs, auto test center, and survey research center, the nonprofit rates thousands of products and services annually.  Founded in 1936, Consumer Reports has over 8 million subscribers to its magazine, website and other publications.  Its advocacy division, Consumers Union, works for health reform, product safety, financial reform, and other consumer issues in Washington, D.C., the states, and in the marketplace.