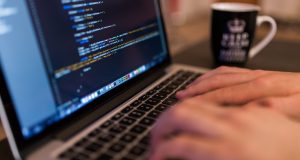 “The new standards are expected to save Californians more than $370 million on their power bills every year,” said Shannon Baker-Branstetter, energy and environment counsel for Consumers Union, the policy and mobilization arm of Consumer Reports. “When we consider the size of California’s population, we anticipate manufacturers developing and selling more efficient computers, monitors and displays nationwide. That will help people save even more energy and money.”

The standard addresses a growing energy burden for households, businesses and schools by improving the energy efficiency of computers and monitors that are continuously plugged in and pull power from the grid whether they’re being used or not. Research from the University of California suggests desktop computers and monitors are powered up an average of 77 percent of the day, but sit idle 61 percent of that time. By reducing the amount of power consumed while not in use, the new standards will cut the average machine’s energy consumption in half.

“California’s leadership represents American Federalism at its best. The state has led the way on other efficiency policies and we expect it will have an even greater influence on computers. Silicon Valley is the heart of digital revolution, and we expect California to drive both U.S. and global computer development.”

California has the world’s sixth largest economy, and ranks second in the world for computer ownership per capita.

Consumer advocates say that the CEC’s monitoring of market sales once the standards go into effect and taking appropriate action, if necessary, will be as important as the rule’s negotiations were. Advocates caution that certain exceptions to the efficiency standards could erode efficiency gains and savings if they are applied too broadly.

“It is essential that manufacturers refrain from abusing these carefully crafted exceptions, and that the CEC ensures that the exception doesn’t become the rule,” Cooper said.

A recent Consumer Federation of America analysis found digital devices use 500 percent more electricity than they did a decade ago.

“As the world continues to go digital, families, businesses, schools and institutions have come to rely ever more heavily on computers even as their power consumption has skyrocketed,” said Joe Ridout of Consumer Action. “The new standards will give consumers the efficient technology products they deserve.”

The adoption of desktop computer and monitor standards is the latest move from a state that has focused on improving energy efficiency since the 1970s. California’s Title 20 efficiency standards for appliances have provided a model for other states, and have saved consumers tens of billions of dollars over the past three decades.

The Consumer Federation of America is an association of more than 250 non-profit consumer groups that, since 1968, has sought to advance the consumer interest through research, education, and advocacy.

Consumers Union is the policy and mobilization arm of Consumer Reports, an independent, nonprofit organization that works side by side with consumers to create a fairer, safer, and healthier world. As the world’s largest independent product-testing organization, Consumer Reports uses its more than 50 labs, auto test center, and survey research center to rate thousands of products and services annually. Founded in 1936, Consumer Reports has over 7 million subscribers to its magazine, website, and other publications.

Consumer Action, established in 1971, is a non-profit organization based in San Francisco that focuses on consumer education that empowers low- and moderate-income and limited-English-speaking consumers to financially prosper.

The Consumer Federation of California is a non-profit advocacy organization. Since 1960, it has been a powerful voice for consumer rights. CFC campaigns for state and federal laws that place consumer protection ahead of corporate profit and also appears before state agencies in support of consumer regulations.