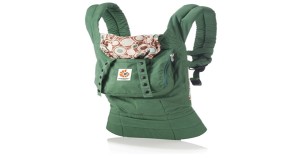 WASHINGTON, D.C. – The baby carrier company Ergobaby has acknowledged that it is “Company Doe” in a lawsuit involving a safety complaint intended for SaferProducts.gov, the Consumer Product Safety Commission’s online database for consumers. The company challenged a safety complaint about one of its products.  A district court agreed with the company about its product, and the complaint was not filed on the database. The judge also agreed to seal most of the court documents and let the company use the pseudonym “Company Doe.” Consumers Union, the advocacy arm of Consumer Reports, joined with public interest groups Public Citizen and Consumer Federation of America in filing a motion to object to the seal.  Last month, a federal appeals court ruled that the record must be unsealed. Ami Gadhia, senior policy counsel for Consumers Union, said, “This case could have set a very troubling precedent.  If a company sues to keep its name out of the complaint database, it shouldn’t be able to use the courts to hide its identity from the public.  The court has helped preserve the integrity of the database, and it recognized the importance of transparency in court proceedings, which we think is critical.”