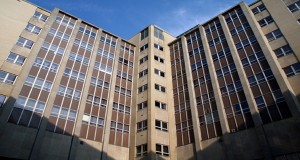 SACRAMENTO, CA — The Department of Managed Healthcare and the California Department of Insurance announced today that they are approving the proposed merger between Centene, Corp. and Health Net, Inc., subject to a number of conditions designed to protect consumers from potential pitfalls of the deal. While these conditions offer some protection for consumers from unjustified health insurance premium rates and require the newly merged plan to improve its services, state regulators must monitor the insurer closely to ensure compliance, according to Consumers Union, the policy and advocacy division of Consumer Reports.

“The benefits of health plan mergers overall are clear for the insurers, but not for consumers,” said Dena Mendelsohn, Staff Attorney at Consumers Union. “We know from past experience that market consolidation usually comes with higher prices. State regulators will need to ensure that Centene and Health Net hold up their end of the bargain to make health coverage affordable and high quality.”

In July, 2015, Centene and Health Net announced their plan to merge with Missouri-based Centene acquiring the California-based Health Net, Inc. This merger is subject to approval by both DMHC and the California Department of Insurance (CDI), each of whom reviewed the proposed merger separately. Consumers Union questioned whether consolidation of the health plans was in the best interest of consumers, and testified on current quality issues and the risk that the newly merged plan may actually eliminate some insurance products offered in California.

As announced by both DMHC and CDI today, approval of the merger of Centene and Health Net comes with a number of contractual obligations, including:

The agreements announced today evidence that many of the consumer concerns were heard by DMHC and CDI. Affordability concerns remain, however, and whether consumer interests are truly protected in the coming years depends on ongoing enforcement by the department. “We recognize that improvement takes time,” noted Ms. Mendelsohn, “and we look to the regulators to continue to pressure these and other plans to continuously improve starting on day one.”