What Is Net Neutrality? 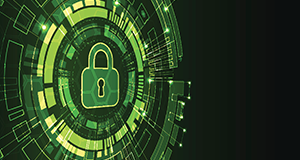 Net neutrality is the basic principle that your internet service provider will treat all websites, apps, and other services on its networks equally. Anyone on the network can go to any website or use any app with the same service quality, and anyone can connect nearly any device to the internet. Net neutrality ensures an open internet where information flows freely.

This principle allows companies large and small to compete on a level playing field online. It guarantees that legal sites and apps will not be blocked or slowed down. Internet providers do not favor or speed up traffic to a site, and charge the company or consumer for that privilege. Net neutrality means anyone can visit the sites they choose, at the speeds they pay for, not just certain sites given preferential treatment by the provider.

What Net Neutrality Rules Do

To preserve the principle of net neutrality that consumers have enjoyed for decades, the Federal Communications Commission (FCC) approved the Open Internet Order in 2015. Here’s what it does:

In the past some internet providers have been accused of doing the very things these rules now prohibit, such as blocking access to certain apps or slowing down internet speeds.

The Threat to Net Neutrality

Some internet providers strongly oppose the FCC’s net neutrality rules, saying that the Commission is overreaching to “regulate the internet.” The new chairman of the FCC, Ajit Pai, has proposed a plan to get rid of these rules.

Consumer Reports (CR) has long believed that maintaining an open internet with strong net neutrality rules is vital to consumers’ everyday lives. Our connected world allows us to work, learn, play, and interact online, and there shouldn’t be undue interference from the service providers. Net neutrality and the rules that support it enjoy widespread support among consumers. In fact, a recent CR nationally representative survey indicated more than two-thirds of Americans believe an internet provider should not be able to block or slow a competitor’s streaming service.

We maintain the FCC’s net neutrality rules are essential for preserving the internet as we know it today, where a tiny blog has the same opportunity to succeed as Facebook or Google. Consumers benefit most when the internet is a level playing field, not a pay-to-play arena.

If you believe that net neutrality rules should be preserved, we urge you to sign our petition to the FCC and members of Congress in support of a free and open internet.