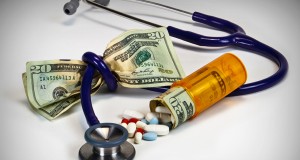 The Affordable Care Act (ACA), passed in March of 2010, has expanded health insurance access to millions of Americans, leading to the lowest rate of un-insurance in decades. This expanded and improved coverage is paid for through a variety of revenue raisers that were written into the law, including an excise tax on medical devices. While the medical device industry has claimed the tax harms industry employment, official employment numbers tell a different story.

See also The Medical Device Tax Has Not Impacted Jobs