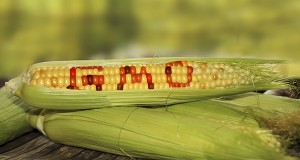 Consumers Union, the policy and advocacy arm of Consumer Reports, urges you not to support legislation that would undermine efforts to require labeling of genetically engineered (GE) food.  Multiple press reports indicate that the Committee may consider legislation soon that would preempt strong state laws without establishing a national standard for mandatory, on-package GE food labeling.[1]

Consumers Union supports mandatory labeling of GE food for several reasons.  First, consumers want labeling.  Polls, including our own and those conducted by others such as the New York Times, show that more than 90% of consumers want GE food to be labeled accordingly.   States have acted to carry out the wishes of their citizens by requiring a modest disclosure:  “produced with genetic engineering.”

Second, there are precedents for mandatory labeling.  The Food and Drug Administration (FDA) already requires food to be labeled if it is homogenized, frozen, or made from concentrate, in order to provide consumers desired information.  Some 64 countries, including most of our major trading partners, require labeling of GE food.

Third, labeling would not be expensive.  An analysis commissioned by Consumers Union and conducted by an independent economic research firm found from a review of published research that the median cost of requiring GE food labeling is $2.30 per person annually – less than a penny a day for each consumer.   Campbell Soup Company, which recently announced it will voluntarily label all its products that contain GE ingredients, has said that the costs would be manageable, assuming national labeling standards are implemented.[2]

There are a variety of ways to establish a uniform national standard for disclosing GE food ingredients.  However, any standard that the Committee may pursue should include labeling that is mandatory.  Voluntary labeling has already been FDA policy since 2001, and codifying it would only prolong the marketplace confusion that has been pervasive over the last 15 years.

Any national standard must also provide consumers with clear and straightforward information directly on the package – rather than only through other means, such as a scannable code, website, or telephone number.  Consumers should not be required to go through a multi-step process for every product they consider simply to determine if it contains GE ingredients.  Consumers have, in fact, expressed a clear preference for labels right on the package, visible to the naked eye.  According to a November 2015 national poll conducted by the Mellman Group, nearly nine in ten likely 2016 voters preferred printed, on-package information over scannable bar codes for labels indicating whether food at the grocery store contains genetically modified ingredients.  Only 8% preferred to have the information be included in bar codes on the package that could be scanned using a smartphone app.  This overwhelming preference for clear on-package labels extended to all respondents, regardless of age, gender, political affiliation, ethnicity, or region of the country.[3]

Consumers Union is also concerned that numerous consumers may be unable to search for information about GE ingredient content through difficult to use methods such as QR codes designed to be scanned using a smartphone.  In the Mellman poll, only 16% of respondents said they had ever scanned a QR code at the grocery store for information about a product, and a mere 3% said they did so regularly.  According to the Pew Research Center, half of the adults who make less than $30,000 a year do not own smartphones, nor do half of those with a high school education or less.  Only one in four older Americans owns a smartphone, and only about half of rural residents own one, in many cases due to lack of broadband availability.[4]  Food ingredient information should be available to everyone equally, not just to tech-savvy young, city-dwelling, higher-income, well-educated consumers.

We therefore urge you not to undermine efforts to require labeling of GE food by states seeking to address the requests of their citizens.  Furthermore, for any national GE labeling standard you may pursue, we urge you to ensure it includes mandatory on-package labeling that is clear and simple – not just a scannable code, website, or telephone number.

cc:  Members of the Senate Committee on Agriculture, Nutrition, and Forestry