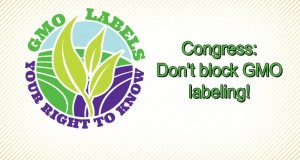 Consumers Union, the policy and advocacy arm of Consumer Reports, writes regarding tomorrow’s Committee meeting to consider the Chairman’s Mark on Biotechnology Labeling.  As supporters of mandatory labeling for genetically engineered (GE) food,[i] we have several major concerns with the Chairman’s Mark, and oppose it as written.

First, the Chairman’s Mark would maintain the current, flawed federal policy, in which any labeling of GE food must be the voluntary choice of the food producer.  This policy, which the Food and Drug Administration (FDA) has overseen since 2001, has almost never been used by food producers and has only fostered consumer confusion.  Creating a new voluntary labeling program at the U.S. Department of Agriculture (USDA) would be duplicative, and do little to serve the approximately 90% of consumers who—according to our polls and those by others such as the New York Times—want GE food to be labeled accordingly.

Second, the Chairman’s Mark would eliminate duly enacted state laws without replacing them with a reasonably similar federal standard.  To address their citizens’ requests, legislators in four states voted to require a modest label for foods with GE ingredients.  The Chairman’s Mark would completely disregard these citizens’ wishes by preempting these laws and prohibiting legislators from ever requiring labeling for food the draft bill defines as “bioengineered.”

Third, the bill requires USDA to spend taxpayer dollars to promote biotechnology, and does not authorize any new funding for it.  Consumers should be left to make up their own minds, not be pushed towards certain products—at the expense of other USDA priorities, no less.

To address these issues, we urge you to support alternative legislation that would require meaningful, mandatory, on-package disclosure of GE food ingredients.  We are hopeful that senators can work together to develop such legislation following tomorrow’s markup.

Lastly, we understand that one policy under consideration by the Committee may include Quick Response (QR) codes designed to provide information about GE ingredients if scanned using a smartphone.  We oppose a GE labeling program based primarily on disclosure through this mechanism or similar means.  Consumers should not be required to go through a multi-step process for every product they consider, and have expressed a clear preference for label information that is visible to the naked eye.  Nearly nine in ten likely 2016 voters recently surveyed preferred printed, on-package information over scannable bar codes for labels indicating whether food at the grocery store contains GE ingredients.  Only 8% preferred the scannable code.[ii]  Moreover, numerous consumers may be unable to search for information about GE ingredient content using QR codes—such as because of a lack of familiarity with the technology or because they lack a smartphone, as three out of four older Americans and about half of rural residents do.[iii]  If an amendment is offered that would establish a GE disclosure program based primarily on scannable codes, we would urge you to oppose the amendment.

Thank you for your time and attention to these important issues.  We urge you to address them at tomorrow’s markup and ultimately produce a bill that would respect the strong wishes of consumers to know about GE ingredient content in their food.

cc:  Members of the Senate Committee on Agriculture, Nutrition, and Forestry

[i]  Among other reasons, Consumers Union supports mandatory labeling of GE food because:  (1) consumers want labeling, with polls showing that approximately 90% want GE food to be labeled accordingly; (2) there are precedents for mandatory labeling of food for information desired by consumers, such as FDA requirements for food to be labeled if it is homogenized, frozen, or made from concentrate; and (3) GE food labeling would not be expensive, as demonstrated by recent announcements by Campbell Soup Company and an analysis commissioned by Consumers Union and conducted by an independent economic research firm, which found from a review of published research that the median cost of requiring GE food labeling is $2.30 per person annually – less than a penny a day for each consumer.  See Letter from Consumers Union to the Senate Committee on Agriculture, Nutrition, and Forestry (Feb. 19, 2016) (online at consumersunion.org/wp-content/uploads/2016/02/SenAgGE
Labeling216.pdf).