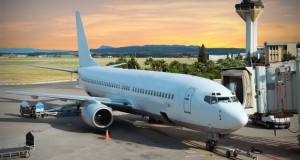 This project involved several months of planning, testing, and analyzing results. Consumer Reports WebWatch selected the three leading “integrated” travel Web sites that offer listings of competing carriers: Expedia, Orbitz, and Travelocity. These three sites were included in all 150 trials. In addition, “branded” Web sites maintained by individual airlines were also tested, though no single site was included in all 150 trials. They included sites maintained by five U.S. carriers (American, Continental, Delta, Northwest/KLM, and United) and eight foreign carriers (Air France, Air Jamaica, British Airways, Korean Air, Lufthansa, Singapore, Thai Airways, and Virgin Atlantic). A close analysis of the results has determined that Orbitz, one of the three integrated sites, is the source of the best and worst news for consumers. Orbitz was so adept at providing lowest fares that it posted some of the most impressive statistics ever recorded by Consumer Reports WebWatch. However, testers found the Orbitz fare display tools to be inaccurate and cumbersome. The Orbitz site chronically presented listings for flights that were unavailable and returned fares that changed during the shopping process, most often increasing.