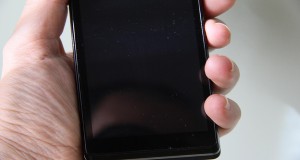 Consumers should have the right to maintain the useful life of their mobile phones and other mobile communications devices. Congress recently reaffirmed this, by reinstating and strengthening the exemption protecting the right for owners of mobile phones to unlock them so they can be connected to different wireless networks. And at the same time, Congress also specifically directed the Registrar of  Copyrights and the Librarian of Congress to consider “extend[ing] the exemption” to include other mobile wireless communications devices, such as tablets, along with mobile phones. Consumers Union’s proposed exemption accordingly includes all hand-held mobile
wireless devices that are used for essentially the same functions and in the same manner as wireless telephone handsets, including tablets. The proposed exemption will allow consumers to circumvent technological protections measures controlling software and firmware that lock those devices to particular wireless communications networks.

The class of devices we propose would include all hand-held mobile wireless devices used for two-way voice calls, for sending and receiving e-mail and text messages, for accessing information via the device’s Internet browser, or for transmitting and receiving data used by mobile device applications – in other words, functions for which a wireless telephone handset can now be used, through connection to a wireless communications network. Consumers Union believes that its proposed exemption for mobile phone handsets and their functional equivalents (e.g., tablets) effectuates the intent of Congress in enacting the Unlocking Consumer Choice and Wireless Competition Act, consistent with the Copyright Office’s request that proposed wireless device exemptions “be made with an appropriate level of specificity.”  We anticipate that the mobile devices included within the scope of this exemption as proposed will involve essentially the same relationships between consumers, mobile device manufacturers and sellers, and wireless carriers, with essentially the same legal and evidentiary showings.4 We understand that other parties are likely to propose exemptions for other wireless devices; our focus on handset phones and their functional equivalents should not be taken to indicate that we believe such other exemptions are not appropriate.