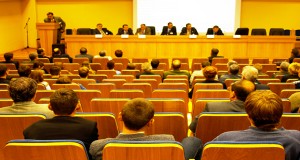 Consumers Union, the policy and advocacy arm of Consumer Reports, urges Members to oppose H.R. 2745, the “Standard Merger and Acquisition Reviews Through Equal Rules Act of 2015.”  We are concerned that the changes proposed in this bill are not necessary for addressing any actual present-day problem, and that they risk undermining the Federal Trade Commission’s enforcement authority.

Throughout our 80-year existence, Consumers Union has supported vigorous and sound antitrust enforcement as a means of helping ensure that the free marketplace works in the interests of consumers, by protecting the competition that gives consumers meaningful choice, and thus encourages businesses to strive to give consumers quality and innovation at affordable prices.  We appreciate Congress’s steadfast bipartisan support over the years for the antitrust laws, and the thoughtful and cautious consideration generally taken regarding proposals to amend these important bedrock laws.  We would urge such caution here.

We are aware that the Antitrust Modernization Commission’s 2007 report identified two differences in the respective statutes of the FTC and the Justice Department’s Antitrust Division, as they pertain to merger enforcement, as potential areas for congressional action.  But we do not believe the case has been made, then or now, that there is a material problem here that warrants making alterations to the FTC’s fundamental enforcement structure.

The bill proposes to require the FTC to use the Antitrust Division procedure and standard for seeking a preliminary injunction against a pending merger, and to eliminate the FTC’s ability to use its administrative enforcement authority to challenge a pending merger.

We are concerned that carving these exceptions into the FTC’s administrative enforcement structure, as the bill proposes, could not only create unintended hurdles to effective and sound enforcement, but could also set precedent for further tinkering – both of which risk undermining what is now a coherent, consistent, well-established, familiar enforcement procedure within the FTC.

We share the concern that the bill as drafted may impact the FTC’s administrative enforcement authority more broadly than just as to pending mergers.  But our concerns go more broadly than that.  We are concerned that this quest to achieve precise technical consistency between the two enforcement agencies will, by tampering with the FTC’s enforcement structure, create actual inconsistencies within that structure.  In our view, these new internal inconsistencies that would be created are more likely to cause unintended enforcement uncertainties and problems than do the technical differences that exist now in how the two agencies operate – differences that have existed for a century, and to which antitrust lawyers have long been fully accustomed.

Contrary to what some might suppose, the two differences identified by the AMC do not create uncertainty or undue burden in the business community.  Merger enforcement impacts only large corporations, who invariably hire experienced legal teams to navigate all aspects of a proposed merger – including experienced antitrust lawyers, who are well acquainted with these two differences, and able to handle them without difficulty.

We are not aware of any evidence that either of these differences resulted in over-enforcement – that is, led to pro-competitive mergers being challenged and abandoned, mergers that would actually have been good for consumers and competition.  In fact, there are indications that there has been under-enforcement against mergers over the years — that too many mergers have gone forward without challenge that later have proven to be anti-competitive, resulting in significant price increases and reductions in consumer choice.[1]  The evidence certainly does not warrant statutory alterations that could undermine the FTC’s merger enforcement authority.

The FTC has had the same administrative authority for merger enforcement for the entire century of its existence.  The differences in the details of that procedure from the Antitrust Division’s are a product of the structure Congress created for the FTC.  And there is no indication that these differences in procedure lead to differences in outcome.  Importantly, both enforcement agencies have the option of pursuing a merger challenge after being denied a preliminary injunction at the outset of the challenge.  Neither agency legally blocks a merger

from going forward simply by bringing the challenge.  A merger challenge in either agency, when actually litigated, runs its full course in roughly the same period of time.  Both provide meaningful opportunity for effective review.

The paucity of examples proponents cite further demonstrates that the changes being proposed are not needed for addressing any actual present-day problem.  The two primary cases cited are from an earlier era – one from the mid-1980s, one from the early 1990s.[2]  Without getting into the specifics of those two cases, which would reveal a more complex picture than described by the proponents, since that time, the FTC has addressed the process concerns that underlie the changes proposed in this bill.  Back in 1995, the FTC issued a policy statement – still in effect, and reaffirmed just last spring – that sets forth the factors under which it decides whether continued administrative challenge is warranted after a preliminary injunction is denied.  The FTC makes that determination promptly, and suspends all further legal proceedings until it is made.  In the 2009 revision to its rules of practice, the FTC tightened the timeframes in a number of respects so as to expedite its enforcement actions.  The timeframe experienced in the earlier cases could never occur in the present-day era.

In short, we believe the FTC has used its enforcement powers responsibly, that it has been appropriately sensitive to the concerns of business, and that its structure as an independent administrative body has proven itself, over the course of a century, to have served consumers and the public interest well.  We believe tinkering with that structure in a quest to eliminate technical inconsistencies between its procedure and the Antitrust Division’s is unnecessary, unwarranted, and not in service to safeguarding our free market economy in the interests of competition and consumers.

We believe the interests of competition and consumers will be better served by not enacting H.R. 2745.

[2] A more recent case that some have cited, a 2008 merger challenge to Inova Health System, does not support the need for change.  In that case, the FTC was required to file its challenge in a district court under whose local practice preliminary injunctions are decided without evidentiary hearing.  The FTC filed its challenge and its request for preliminary injunction simultaneously.  Inova abandoned plans for the merger before any further proceedings.