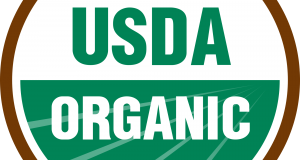 Consumers Union, the policy and mobilization arm of Consumer Reports, urges you to allow the Organic Livestock and Poultry Practices rule, issued by USDA’s Agricultural Marketing Service, to go into effect on May 19, 2017, as planned.

Consumers expect organic farms to adhere to strong and consistent standards, including high standards for the treatment of animals. According to a Consumer Reports survey conducted in March 2017,  the vast majority (86%) of consumers who often or always buy organic food say it is highly important that animals used to produce these foods are raised on farms with high standards for animal welfare, such as minimum space requirements or access to outdoor space. The new rule would provide consumers with assurance that producers of organic meat, poultry, dairy, and eggs meet such standards.

The new rule also would create consistency on access to the outdoors for chickens, including laying hens, by setting a minimum outdoor space requirement. Our survey found that 83% of consumers who often or always buy organic food think it is highly important that organic eggs come from hens able to go outdoors and with enough space to move around freely.

The Organic Livestock and Poultry Practices rule has wide support in the organic community, and our data show that it is supported by a vast majority of the Americans who support this industry by often or always buying organic foods. We urge you to allow it to go into effect on May 19, 2017, without additional delay.