CU Letter to U.S. Senate on Consumer Report’s “Who’s on Medicaid Might Surprise You” 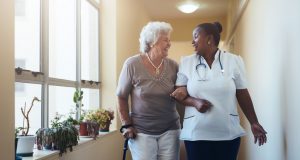 Consumers Union, the public policy arm of nonprofit Consumer Reports, writes to share a Consumer Reports article published yesterday “Who’s on Medicaid Might Surprise You” and to express our concern regarding the fundamental changes to the financing and structure of the Medicaid program in the Senate version of American Health Care Act (AHCA).

As a nonpartisan, independent organization that, for more than 80 years, has advocated for products, marketplace practices, and policies that best protect consumers, Consumers Union urges you to oppose this fundamental restructuring of Medicaid that threatens the health and financial well–being of millions of Americans. Medicaid plays a critical role in your state for your residents’ health, as well as for the state’s budget and overall economy. We urge you to stand up for consumers in your state by fighting to preserve Medicaid.