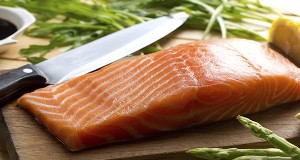 Consumers Union (CU), the public policy and advocacy arm of Consumer Reports, welcomes the opportunity to comment on the Food and Drug Administration’s (FDA’s), Draft Guidance for Industry:  Voluntary Labeling Indicating Whether Food Has or Has Not Been Derived From Genetically Engineered Atlantic Salmon.  We disagree with FDA’s decision not to require labeling of genetically engineered (GE) Atlantic salmon.  We also disagree with both FDA’s assertion that genetic engineering itself does not, in and of itself, constitute a “material” difference under the law and also with their definition of what constitutes a “material” difference. There are two legal rationales for requiring labeling of genetically engineered salmon: genetic engineering constitutes a “material fact;” and the NAD (New Animal Drug, e.g. the genetic construct with the Chinook growth hormone gene) and/or its expression product constitutes a food ingredient. Thus, for the reasons articulated below, we believe that the process of genetic engineering constitutes a “material fact” and, thus, that fact must be on the label.

Even if FDA decides that genetic engineering does not constitute a “material fact,” the FDA should require labeling based on the fact that the inserted genetic material for the Chinook growth hormone gene, and the resulting expression product(s) (e.g., Chinook growth hormone) are food ingredients, because the drug itself (e.g., the genetic construct) constitutes an act of man rather than an act of nature.