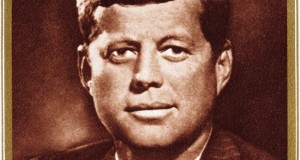 Fifty years ago, President Kennedy delivered a special message to Congress on the importance of consumer protection. On March 15, 1962, he said, “Consumers … are the largest economic group in the economy, affecting and affected by almost every public and private economic decision. But they are the only important group in the economy … whose views are often not heard.” President Kennedy outlined a set of four basic principles that we know today as the Consumer Bill of Rights.