Comments to the U.S. Copyright Office, re-assessing the impact of section 1201 of the Digital Millennium Copyright Act 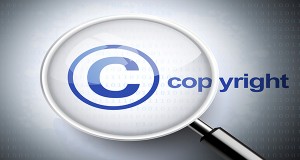 Consumers Union, the policy and advocacy arm of Consumer Reports,[1] respectfully submits these comments in the above-referenced matter, to assist the Copyright Office in its reassessment of the operation of the Triennial Review procedure under section 1201 of the Digital Millennium Copyright Act, for fashioning appropriate exceptions to the prohibition against circumvention of technological protection measures that control access to copyrighted works.

When Congress was considering the legislation that became the Digital Millennium Copyright Act of 1998, there were concerns that the effort to construct a legal shield around access to digitized copyrighted works had not been subjected to sufficient care and scrutiny, and that that effort, embodied in section 1201 of the Act, would prove to be overbroad and have unintended consequences.

Unfortunately, those concerns have been borne out.  The prohibition against circumvention of technological protection measures has gone far beyond the purpose of protecting copyrighted creative works against infringement.  As everyday consumer products increasingly contain computer software and firmware that enables and governs their functioning, and that restricts their functioning and their interoperability with other products, the section 1201 prohibition has had far-reaching effects, undermining fundamental consumer expectations of what ownership means.  These anti-consumer effects will take on a new, breathtaking order of magnitude as more and more consumer products become part of the Internet of Things.

The process of reviewing, every three years, whether section 1201 is inappropriately interfering with commerce and with consumer rights, and in which specific respects, and whether and how to craft temporary exemptions to the prohibition, in order to temporarily mitigate that interference, has proven to be too cumbersome and uncertain to effectively remedy these ever-widening ill effects.

We were surprised with the announcement in October 2012 that the exemption would be sunset. And we were surprised at the rationale given, that there were already enough used mobile phones in circulation, that more were not needed.  When the predictable outcry ensued, we joined with others in urging the President and Congress to act to restore consumers’ right to unlock the mobile phones they had purchased.  We helped lead the effort that resulted in enactment of the Unlocking Consumer Choice and Wireless Competition Act, to restore and clarify this right.  And we helped lead the effort to once again renew the right, in the Sixth Triennial Review.

Importantly, the technological protection measures obstructing access to the software enabling a phone’s connection to another wireless network – and the legal challenges and threats brought against consumers and unlockers – had nothing to do with protecting copyrighted creative works against infringement.  Instead, they were part of a business model conceived by wireless service providers and mobile phone manufacturers to make it harder for consumers to change providers, and harder for them to re-purpose their phones when doing so.  One result was many perfectly functional used mobile phones gathering dust in desk drawers, or slowly wasting away in landfills.  Another result was consumers needlessly incurring the expense of a new phone.  And another result was suppression of competition and innovation in the ways mobile phones and wireless services were sold and provided.

It was frustrating to have to establish repeatedly, in de novo proceedings, these same basic facts, to obtain an exception to a prohibition that should never have applied in the first place.

It is in light of these experiences and frustrations that we comment on the questions the Copyright Office has posed.

As noted above, the prohibition has been applied far more broadly than just to the prevention of copyright infringement in the Digital Age.  We generally support tying application of the prohibition more clearly to that purpose, to help keep the prohibition from becoming, as it did with mobile phones, an instrument for eroding the incidents of ownership of products that depend on software inside them to function.

In this regard, we note that when the mobile phone unlocking exemption was renewed in 2010, a new limitation was added – that the right to unlock would belong not to the consumer who had purchased the phone, but instead would belong to “the owner of the copy of the computer program” inside the phone that enabled it to connect to a network.  This created a hidden legal cloud over the right to unlock, under which the phone manufacturer or the wireless service provider could potentially nullify the right simply by slipping a sentence into the fine print of the service contract, retaining technical ownership of the technology inside the phone, while granting the consumer only a “license” to use the technology.  It would come as a surprise to most consumers that the phone they purchased is not really a phone, but merely the shell of a phone.

In working for enactment of the Unlocking Consumer Choice and Wireless Competition Act, we succeeded in clarifying that the right to unlock would belong to the owner of the phone.  But similar technical sleights of hand are all too available, and all too likely to become widespread in consumer products, when the DMCA circumvention prohibition is unmoored from the purpose of preventing copyright infringement.

Ensuring the safety of products and services has been a bedrock objective of Consumers Union’s mission since its founding 80 years ago.  We fully recognize that for some products and services, altering the software inside could have potentially significant impacts on safety.  However, we also recognize that a company might also use a professed concern for protecting safety as a pretext for blocking competition and consumer choice.

There may be times when delaying the availability of a new exemption is warranted, to give the regulatory agency prior notice and a reasonable opportunity to establish appropriate conditions on accessing and altering a product’s software, in keeping with the need to ensure safety.  For example, in the most recent Triennial Review, the Copyright Office granted an exemption for access to computer programs that control the functioning of an automobile, for lawful alterations as well as diagnosis and repair. But it subjected the exemption to regulations promulgated by the Department of Transportation and the Environmental Protection Agency, and delayed the effective date in order to enable the agencies to consider and develop appropriate regulations.

We would anticipate that in many instances, appropriate input could be obtained from the regulatory agency during the Copyright Office’s consideration of the exemption, so that a further delay would not be necessary.

Consumers Union believes presumptive renewal would significantly improve the section 1201 Triennial Review process by reducing unnecessary burden and uncertainty.  As noted above, we have recently been involved in re-justifying and re-defending an exemption that had previously been granted; then renewed; and then, when it was sunset, for reasons having more to do with a perception that it was somehow not important enough than that it was not justified, was renewed statutorily by Congress.  And still, in the most recent Triennial Review, we were placed in the position of having to re-establish its justification de novo, essentially making the case from scratch.  Although we believe that, as a practical matter, the Copyright Office was cognizant of the history of this exemption, and likely took that history into account in the most recent Review, it would better serve the interests of all concerned if that could be done openly, straightforwardly, and efficiently.

The notion that the exemptions should be determined de novo is found nowhere in the statute.  Instead, it is found in a sentence in the report of one of the two House committees that considered the bill – the committee with secondary jurisdiction, who had proposed to assign the exemption process to the Department of Commerce.  This one sentence in the secondary committee’s report is at most a useful indication of that committee’s view at the time the report was prepared; it should not be treated as dispositive law.  Experience has shown that requiring de novo determination is unnecessary and ill-advised.

While we believe the statutory elements listed for consideration are generally well-founded, we also believe that, in their implementation, the Copyright Office has given undue emphasis to looking for macro effects, to the exclusion of the impact on individual consumers.  For example, in deciding to sunset the mobile phone unlocking exemption in the Fifth Triennial Review, the Copyright Office was, in our view, too dismissive of the concrete adverse impact of the resulting forced obsolescence of perfectly functional phones –on the individual consumers who owned them, and on the individual consumers who might be interested in purchasing them.  Millions of phones were consigned prematurely to the scrapheap, on the premise that there were enough other used phones already in circulation – including older phones of diminishing usefulness and desirability.

We would suggest that the Copyright Office’s assessment of “whether the implementation of access controls impairs the ability of individuals to make noninfringing uses” not be subjected to an additional hurdle that individuals merit protection only if they are harmed in sufficiently high numbers.  (No “de minimis” hurdle is found in either the statute or in the legislative history, much less any indication of required showing of harm to large numbers of individuals.)

We believe a clarification is warranted so that where a right to circumvention has been recognized in an exemption, the exemption should also protect the right to assist another with that circumvention.  We worked to ensure that the Unlocking Consumer Choice and Wireless Competition Act protected such assistance.

We look forward to reviewing the submissions of other interested parties and to working with the Copyright Office and Congress to improve the operation of section 1201, so that the circumvention prohibitions are focused more effectively on the objective of preventing copyright infringement and are not employed to undermine reasonable and long-held consumer expectations regarding their ability to exercise the incidents of ownership, dominion, and control over the products and services they have paid for or have otherwise lawfully acquired.

[1] Consumers Union is the public policy and advocacy division of Consumer Reports, an expert, independent, nonprofit organization whose mission is to work for a safe, fair, and just marketplace for all consumers and to empower consumers to protect themselves.  Consumers Union conducts its policy and advocacy work in the areas of telecommunications reform, health reform, food and product safety, financial reform, and other areas.  Consumer Reports is the world’s largest independent product-testing organization.  Using its more than 50 labs, auto test center, and survey research center, the nonprofit organization rates thousands of products and services annually.  Founded in 1936, Consumer Reports has over 8 million subscribers to its magazine, website, and other publications.