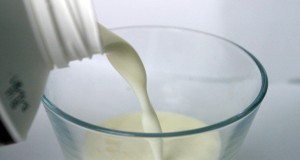 Consumers Union is pleased to comment on the petition from the International Dairy Foods Association (IDFA) and the National Milk Producers Federation (NMPF) to amend the standards of identity for milk and 17 other dairy products to allow the use of “any safe and suitable sweetener as an optional ingredient.” In essence, IDFA and NMPF seek to be able to add artificial sweeteners, aka “non-nutritive sweeteners,” to flavored milk, and yet not have to label that milk with a nutrient content claim such as “reduced calorie milk,” as currently is the law, while still listing the artificial sweetener in the ingredient list.

We urge the U.S. Food and Drug Administration (FDA) to reject the IDFA/NMPF petition, because we believe the proposed changes will not “promote honesty and fair dealing in the interest of consumers,” as claimed by the proponents, but instead could have just the opposite effect.