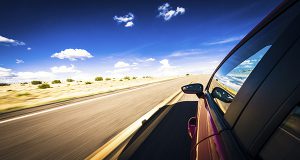 Shockingly, S. 1885, the Senate bill on automated vehicles (AVs) known as the AV START Act, would allow potentially millions of vehicles on the market to be exempt from meeting existing safety standards. The failures of unproven driving automation systems already have led, tragically, to crashes which have resulted in at least three deaths. The National Transportation Safety Board (NTSB) has several open investigations which will produce findings likely to have a direct bearing on the AV START Act. The bill should not be advanced until those investigations are complete and critically-needed changes are made to ensure safety.

The AV START Act could set policy on driverless cars for decades to come. Comprehensive safeguards, sufficient government oversight, and industry accountability are essential. The bill, in its current form, fails to provide these minimal safety protections.

The reasonable improvements outlined below will address known and foreseeable problems with driverless car technology. Moreover, they will help to bolster public trust in this nascent technology.  We ask for all members of Congress to support the following commonsense improvements:

These changes would protect innovation while providing essential protections for AV occupants as well as everyone sharing the roads with them for many years to come. We strongly urge all members of Congress to insist on the adoption of these urgently-needed safety requirements in S. 1885, the AV START Act.