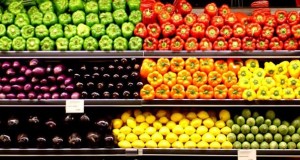 Joint statement of Consumers Union, Food and Water Watch, Beyond Pesticides and Center for Food Safety

Decision makes it easier to continue use of artificial ingredients and substances, undermining integrity of organic label

In a move decried by consumer and environmental groups as severely weakening the meaning of the organic label, the U.S. Department of Agriculture announced this week that the agency had changed the process for exempting otherwise prohibited substances (such as synthetics) in food that carries the “organic” or “made with organic” label. No public comment period was provided for the changes to this policy, which had been in place since 2005.

Under the federal organic law[1] and prior to Friday’s announcement, there was a controlled process for allowing the use of substances not normally permitted in organic production because of extenuating circumstances.  These exemptions were supposed to be made for a five-year period, in order to encourage the development of natural (or organic) alternatives. The exemptions were required by law to expire, known as “sunset,” unless they were reinstated by a two-thirds “decisive” majority vote of the National Organic Standards Board (NOSB) and include a public review. This is no longer the case.

The USDA’s recent decision now puts the burden of identifying exempted materials for removal largely onto environmentalists and consumers.  Under the new policy, an exempt material could be permitted indefinitely unless a two-thirds majority of the NOSB votes to remove an exempted (synthetic) substance from the list.   The new policy allows USDA to relist exemptions for synthetic materials without the recommendation of the independent board and outside of public view, as required by current law.

“The USDA’s decision minimizes all incentives for creating organic, natural alternative ingredients and lowers the standard for what consumers can expect behind the organic label. Allowing the USDA to automatically relist materials without the recommendation of the NOSB erodes the Board’s legal authority over materials decisions, a key to consumer trust in the organic label. The fact that the agency made this decision without any public input only adds to the violation felt by watchdog groups and consumers alike,” the groups said.

“Potentially allowing an indefinite listing of non-natural ingredients and requiring a super-majority vote to retire a substance after five years undermines the spirit of the law for how materials head into “sunset” or retirement. It is unfair to producers trying to produce a truly organic product and it is unfair to consumers trying to make meaningful purchasing decisions. Simply put, this lowers the bar for much of the organic market.  We believe the USDA must reverse course and we intend to mount a fierce campaign to hold the agency accountable to the millions of Americans who expect more from the government—and the organic label.”