Three Reasons the Senate GMO Labeling Bill Is a Sham 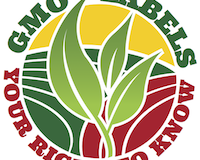 Three Reasons the Senate GMO Labeling Bill Is a Sham

WASHINGTON, D.C. – As the nation’s first mandatory GMO labeling rules go into effect today in Vermont, senators in Washington continue to work toward passing legislation that would wipe out states’ ability to require GMO labeling and replace it with an ineffective federal program.

“States like Vermont passed laws to give consumers the information they want about their food. Today should be a day to celebrate this dedication to transparency — but instead Washington is considering a bill that would delay this information and keep many consumers out of the loop,” said Jean Halloran, director of food policy initiatives for Consumers Union, the policy and advocacy division of Consumer Reports. “The Roberts-Stabenow GMO labeling bill is a sham. Gaping loopholes in this legislation would exempt many GMO foods from being labeled and the labeling is allowed in a form — a QR code — that many consumers will be unable  to access.”

In a letter to Senators today, Consumers Union outlined three reasons that the proposed GMO “compromise” is a hollow bill that leaves consumers worse off than they are now:

1)      The Roberts-Stabenow Bill Could Reverse Labeling Already Occurring in the Marketplace. The bill directs the USDA to develop federal labeling rules, which will take at least two years. While labels marking products with genetically engineered ingredients (also known as GMOs) are already appearing on store shelves in Vermont and across the country, passage of this bill could shut that down.

2)      Much GMO Food Would Not Be Covered by Disclosure Requirements. The legislation leaves out food produced with emerging techniques other than certain types of genetic engineering, and does not require a label for any product that could be created by conventional breeding or found in nature – virtually all current GMOs. This would also exempt products with GMO ingredients such as highly refined or processed sugars, oils or proteins. And the bill exempts any food wherein meat is the main ingredient, even if it contains other ingredients that are genetically engineered.

3)      QR Codes Are Not a Substitute for On-Package Labeling. Alternatives to mandatory on-package labeling like QR codes are not a sound labeling solution for the one-third of Americans who don’t own a smartphone and those in rural areas without reliable broadband service. Moreover, a recent Mellman Group survey found that nearly nine in 10 American voters would prefer a printed GMO label on the food package over scannable bar codes. Only eight percent preferred the scannable code.

Consumers Union is urging consumers to call their Senators at 1-855-977-1770 to oppose the Roberts-Stabenow GMO labeling bill, and to support meaningful, mandatory on-package labeling for GMO foods. To learn more, visit ConsumersUnion.org/RightToKnow.

Consumers Union is the policy and mobilization arm of Consumer Reports.  Consumers Union works for health reform, food and product safety, financial reform, and other consumer issues in Washington, D.C., the states, and in the marketplace. Consumer Reports is the world’s largest independent product-testing organization.  Using its more than 50 labs, auto test center, and survey research center, the nonprofit rates thousands of products and services annually.  Founded in 1936, Consumer Reports has over 8 million subscribers to its magazine, website, and other publications.