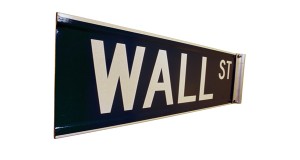 Washington, D.C. – Jim Guest, President and CEO of Consumer Reports, made the following statement today following the Senate’s vote to confirm Richard Cordray as the director of the Consumer Financial Protection Bureau (CFPB):

“This is a big win for consumers.  The Senate did the right thing with a strong bipartisan vote.  The CFPB is a real watchdog to help consumers and crack down on financial scams and schemes.  Under Richard Cordray, the CFPB has been doing a great job on behalf of consumers in the notoriously difficult and confusing financial marketplace. Today’s vote sends a message to consumers that this watchdog is going to be there, looking out for them.”

The Senate voted 66-34 to confirm Cordray. Earlier today, the Senate voted 71-29 to allow the confirmation to come up for consideration, ending a long political stalemate by some lawmakers who had refused to consider any nominee unless changes were made to the CFPB that would weaken its ability to protect consumers.

A national survey released July 15 by Consumers Union, the public policy and advocacy division of Consumer Reports, said 74 percent of respondents said that they support approval of a CFPB director to ensure that the bureau’s work is not interrupted. The poll, conducted by the Consumer Reports National Research Center, also found 55 percent of respondents said that interrupting the CFPB’s work would harm consumers. A separate survey released by Americans for Financial Reform and the Center for Responsible Lending, showed that 80 percent of respondents said they supported the CFPB, while 83 percent said Wall Street financial companies should be held accountable with tougher rules and enforcement for the practices that caused the financial crisis.

The CFPB, created by the Dodd-Frank Wall Street reform law in 2010, is charged with identifying and stopping unfair, deceptive, and abusive financial practices and keeping the rules governing financial service products up-to-date. Under Corday’s tenure, the CFPB enforcement actions have resulted in $425 million of refunds to approximately 6 million consumers who were subject to deceptive financial practices.  The CFPB has also helped resolve over 133,000 financial services complaints involving a wide variety of financial issues including credit cards, mortgages, student loans, and bank account services.