Press statement by Consumers Union on McDonald’s decision to phase out antibiotics in chicken, Genetically Engineered Growth Hormone in milk 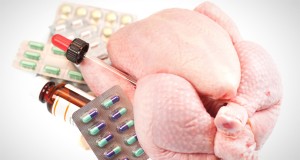 Press Statement by Consumers Union on McDonald’s Decision to Phase out
Antibiotics in Chicken, Genetically Engineered Growth Hormone in Milk

Yonkers, NY—Today, Consumers Union, the public policy arm of Consumer Reports, praised McDonald’s for its announcement that, within two years, in its U.S. operations, it will only source chicken raised without antibiotics that are important to human medicine. Consumers Union also praised the company for its announcement that it will offer low-fat white milk and fat-free chocolate milk from cows that are not treated with rbST, a genetically engineered growth hormone. Consumers Union and several groups have been involved in conversations with McDonald’s leading to its antibiotics decisions.

“McDonald’s announcement represents important progress on reducing the overuse of antibiotics and goes beyond FDA’s current policy. We hope that other companies will follow McDonald’s lead.   We also hope that the company takes similar steps with regard to its beef and pork, and will extend improvements to operations outside the United States,” said Jean Halloran, Director of Food Policy Initiatives at Consumers Union.

The U.S. Food & Drug Administration is so far only implementing a more limited voluntary plan, asking drug and livestock producers to phase out the use of medically important antibiotics in food animals for growth promotion, leaving the door open for the ongoing use of these drugs for disease prevention.  Use for disease prevention on industrial farms accounts for the vast majority of antibiotic use in food animals.  Consumers Union has long been in the forefront to inform and educate the public, press, lawmakers and companies to work to reduce the overuse of antibiotics.  Consumer Reports testing has found high levels of antibiotic resistance in bacteria in chicken sold at retail.

Nearly 80 percent of all antibiotics sold in the U.S. are for use in food animals, and overuse can promote the prevalence of antibiotic-resistant bacteria in the food supply and environment, ultimately resulting in resistant infections in humans. Illnesses caused by drug-resistant strains of bacteria are more likely to be serious and potentially even fatal when the medicines used to treat them are rendered less effective.  The CDC recently stated that 23,000 deaths annually can be attributed to antibiotic resistant infections.

Consumers Union also praised McDonald’s for committing to sourcing non-rbST milk, noting that research does show that there are important differences in milk from rbST-treated cows.  rbST is known to increase the levels of insulin-like growth factor 1 (IGF-1) in cows, which can lead to increased IGF-1 in milk. Many studies have noted some links associated between IGF-1 levels and increased risk of cancer, especially breast and prostate cancer.  Treated cows also have more udder infections, which are treated with antibiotics.  Avoiding rbST is thus another way to limit antibiotic use.