New survey of car buyers shows most Coloradans are interested in electric cars, trucks, and SUVs 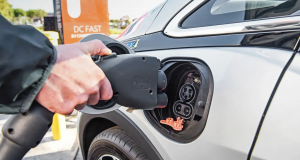 Passage of a Zero-Emission Vehicle (ZEV) program later this summer by Colorado’s Air Quality Control Commission would lead to electric cars and trucks becoming more readily available to buy at local dealerships in the coming years. The program, put forward by Governor Jared Polis, would make it easier for Coloradans to access the benefits of electric vehicles, like saving money on fuel and vehicle maintenance costs. Right now fewer Coloradans are seeing plug-in electric vehicles to buy in their community compared to the average American, and also say they are seeing fewer advertisements for electric vehicles than the national average.

The survey, conducted by Consumer Reports (CR) and the Union of Concerned Scientists (UCS), also shows that 66 percent of prospective car buyers in Colorado have some interest in electric cars, trucks and SUVs. Breaking this down, 35 percent would consider one for their next purchase, 27 percent would consider one at some point down the road, and 4 percent say they are definitely planning on buying or leasing one for their next vehicle. These numbers would mark a notable escalation in electric vehicle purchases, which made up less than two percent of all new car purchases in Colorado in 2018.

Unfortunately, 85 percent of prospective car buyers in Colorado are unaware that their state currently offers a tax credit for consumers purchasing or leasing a new EV (electric vehicle), including 12 percent who said Colorado does not provide consumers with a rebate even though it does.

“Most Coloradans are interested in electric vehicles, but haven’t seen any at dealerships,” says Shannon Baker-Branstetter, manager of cars and energy policy for Consumer Reports. “Automakers and dealers are not providing consumers with enough information and selection to meet this demand–most car buyers in Colorado aren’t even aware that their state provides tax incentives for many electric vehicle purchases. ”

“As the electric vehicle market grows, more drivers see an electric vehicle as a realistic option,” said David Reichmuth, senior engineer for the Clean Vehicles Program at UCS. “The future is electric, and that will have real benefits for drivers, for the air we breathe, and for the climate. But we need to accelerate this change, so consumers need states, utilities and automakers to step up and help them make the switch.”

Consumers and media can learn more about the electric vehicles for-sale today by checking out the Consumer Reports “Electric Cars 101” web guide.

Consumer Reports is a nonprofit consumer advocacy organization that works side by side with consumers to create a fairer, safer, and healthier world. For 80 years CR has been providing evidence-based product testing and ratings, rigorous research, hard-hitting investigative journalism, public education, and steadfast policy action on behalf of consumer interests. For more information, go to CR.org/Advocacy.

The Union of Concerned Scientists puts rigorous, independent science to work to solve our planet’s most pressing problems. Joining with people across the country, we combine technical analysis and effective advocacy to create innovative, practical solutions for a healthy, safe and sustainable future. For more information, go to www.ucsusa.org.