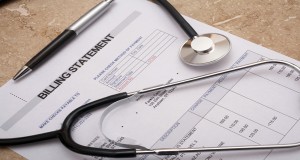 WASHINGTON, D.C. – With insurers expected to begin filing their rates for 2015 very soon, consumer and public interest groups from across the country are urging the Department of Health and Human Services (HHS) to make all insurance rate information available to the public. Though HHS has stated that most, if not all, rate information is to be made public, it has not yet been made available by the agency.

Consumers Union, the policy and advocacy division of Consumer Reports, was joined by 70 groups from across the country in sending a letter to HHS Secretary Sebelius asking for swift action to improve transparency and accountability around insurers’ health premium rate increase requests.

Health premiums have continued to grow faster than consumer incomes and the call to better control health costs has only gotten louder. The public can only determine if rising rates are justifiable if they have access to the entire rate filings, including the assumptions on which increase requests are based.

However, insurance companies routinely designate a substantial amount of information in their rate filings – and even sometimes the entire rate filing – as trade secret or confidential information. As a result, in many states the insurer’s justification for its proposed rate is unavailable to the public, making it difficult, if not impossible, for consumer groups to challenge proposed health insurance rate increases.

The groups write, “In order to comment on proposed rates and assess their reasonableness, the public must have the information on which the increases are based. Therefore, the public must have access to all of the data — in particular, both the underlying hard data and the assumptions, estimates, and projections the actuary makes to produce the rate. Furthermore, the public must have access to this information when it is useful: before the rates are approved or disapproved, in states that have such authority; and before rates are determined unreasonable, for rates that exceed the 10% potential unreasonableness threshold.”

The Affordable Care Act requires that rate filings be made public, but the last rate filing information made available is from 2012. States haves also said that they would make rate filings public when they applied for rate review grants.

In its rate review regulation, HHS requires health insurers to submit a three-part Rate Filing Justification. The groups are asking for all three parts of the justifications to be posted to Healthcare.gov for the 2015 individual and small group rates.

To read the letter, click here or visit ConsumersUnion.org.