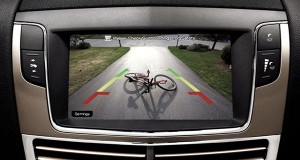 WASHINGTON, D.C. – Today the U.S. Department of Transportation (DOT) issued a long-delayed auto safety standard to improve vehicles’ rear visibility and prevent deaths that occur when drivers back into people whom they cannot see. In a 2008 law named after Cameron Gulbransen, who was killed in such a crash at age 2, Congress directed DOT to issue a rear visibility standard by 2011. The Obama Administration flouted the deadline and did not issue the rule until today, after a coalition of safety advocates, including Cameron’s father, sued DOT. DOT issued the new standard one day before a federal appeals court was to hear argument on whether to order DOT to do so.

Each year, according to DOT, more than 200 individuals are killed and 15,000 injured in “backover” crashes. Drivers using all three mirrors cannot see anything in a blind zone 10-40 feet long directly behind their vehicles. Over half of those killed in backover accidents are children under 5 or adults 70 or older, DOT’s analysis shows. The new rule will set a standard for rear visibility that effectively requires rearview cameras in new vehicles under 10,000 pounds (excluding motorcycles) by 2018.

Congress enacted the Cameron Gulbransen Kids Transportation Safety Act in 2008, directing the DOT to issue within three years a safety standard requiring improved rear visibility in new consumer vehicles. On four separate occasions from 2011 to 2013, the administration told Congress that it was delaying the rule. In November 2011, DOT sent a draft final rule to the White House Office of Management and Budget, where it languished for nineteen months before being withdrawn in June 2013. After DOT announced that it intended to complete the rule by January 2015, taking twice as long as Congress had directed, safety advocates and two parents who unintentionally hit their children when backing up sued DOT. The lawsuit asked the U.S. Court of Appeals for the Second Circuit to order the agency to issue the rule promptly. The court was to hear argument in the case on Tuesday, April 1.

The lawsuit was filed by Public Citizen on behalf of Dr. Greg Gulbransen, Susan Auriemma, Consumers Union of the United States, Advocates for Highway and Auto Safety, and Kids And Cars, Inc. Auriemma, of Manhasset, N.Y., backed over her 3-year-old daughter Kate in her driveway in 2005, injuring her; Gulbransen, of Syosset, N.Y., backed over his 2-year-old son Cameron in his driveway in 2002, killing him.

Dr. Greg Gulbransen said: “It’s been a long fight, and this rule took too long, but we’re thrilled this day has finally come. It’s a bittersweet day, because this rule should have been in place three years ago at the latest. But this rule will save lives. Though his own life was short, Cameron inspired a regulation that will save the lives of countless others.”

Susan Auriemma said: “I’m so happy that the rule has finally been issued – not just happy for those who worked so hard in loving memory of the child they lost to the tragedy of a backover crash, but for all those kids whose lives this rule will save going forward. This could not have come soon enough.”

Janette Fennell, president of KidsAndCars.org, said: “This is the first federal regulation of rear visibility in our nation’s history. It’s about time the motoring public will finally be able to see what’s behind their vehicles while backing up. This measure will most definitely save children’s lives.”

Robert Weissman, president of Public Citizen, said: “While the administration delayed the rule, more children died in backover accidents. The cost of regulatory delay, in human lives, could hardly be more clear than it is today. It’s absurd that the government had to be sued before it would comply with the law.”

Jackie Gillan, president of Advocates for Highway and Auto Safety, said: “Today’s decision will save lives and save money for consumers. This federal rule will ensure that correcting dangerous rear blind zones does not require families to spend extra money when buying a new car for an essential lifesaving technology like a rear view camera. Every make and model will be required to meet this new safety standard and every family will benefit.”

Ellen Bloom, senior director of federal policy at Consumers Union, said, “This rule is going to make a profound difference in public safety, especially for children.  We thank the Administration for finalizing the rule, which will help save lives and prevent injuries. This day has been a long time coming, and we urge automakers to move quickly to beat the 2018 deadline.”