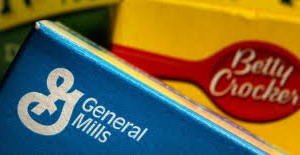 WASHINGTON, D.C. – The announcement today by General Mills that it plans to label all of its products containing GMOs represents a major win for consumers’ right to know what’s in their food, according to Consumers Union, the policy and advocacy division of Consumer Reports.  General Mills is now the second major food company to agree to label products with these ingredients after Campbell Soup made a similar commitment in January.

Jean Halloran, Director of Food Policy Initiatives for Consumers Union, said, “Consumers have made it overwhelmingly clear that they want to know whether the foods they eat contain GMOs.  We commend General Mills for understanding that consumers care about whether their food is genetically engineered, and deciding to provide that information. This is an important step forward and we hope other companies will follow their lead and that of Campbell Soup.”

Consumers Union has long called for mandatory on-package national labeling for GMOs. And consumers have continually voiced support for GMO labeling. A December Mellman Group poll commissioned by Consumers Union and a coalition of consumer and environmental groups found that nine in 10 Americans support mandatory labeling of products with genetically engineered ingredients.