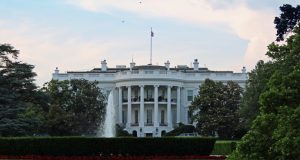 WASHINGTON, D.C. — The White House has announced a presidential executive order for a “comprehensive plan” aimed at “reorganizing the executive branch” of the federal government. Federal agency heads are asked to submit a “proposed plan to reorganize the agency, if appropriate, in order to improve the efficiency, effectiveness, and accountability of that agency” in the next 180 days.

Consumers Union, the policy and mobilization arm of Consumer Reports, raised serious concerns about the order, which could set in motion a process that would have far-reaching, negative effects on core consumer protections for public safety, health, and financial stability.

Laura MacCleery, Vice President of Policy and Mobilization at Consumer Reports, said, “We know there is plenty of room to make government more efficient, but the cure can be far worse than the disease. This executive order is much too broad and sweeping to be useful, and the harm to consumers could be enormous.

“Do the American people really want the government to do less, not more, to keep food and drugs safe? Do we want to do less, not more, to keep financial scammers in check, and keep banks from collapsing and cheating their customers? Do we want to take our foot off the brake when it comes to stopping automakers like Volkswagen from cheating their emission tests?

“This executive order could undercut basic rules that consumers want and need, and that Congress has required. It could be cover for getting rid of essential consumer protections in the name of ‘government reform.’ It could erode the scientific integrity of agencies, and open the door wider for industry to come in and eliminate whatever they don’t like. Congress and the public need to watch this process closely to ensure that it is not merely another means to gut or undermine public protections.”